Apart from the 21 injured, four were brought dead to the hospital. 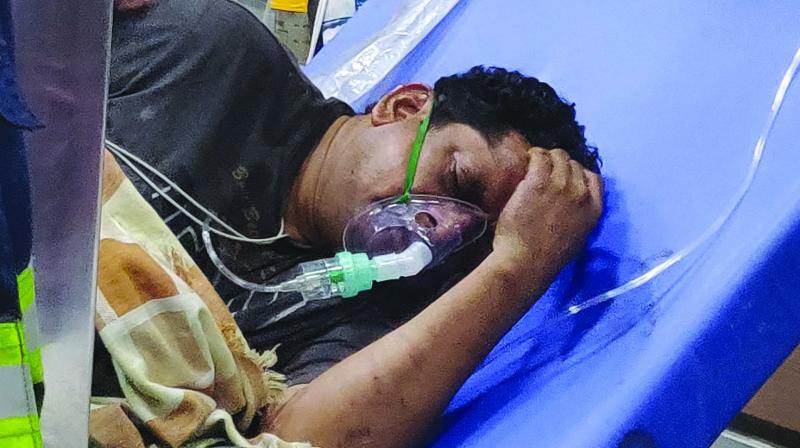 Mumbai: Close to 21 people were  injured after a major fire gutted three apartments of the 12th floor of Crystal Tower, Parel, were admitted to the King Edward Memorial (KEM) Hospital nearby on Wednesday. Luckily, they are stable, with a few to be discharged on Thursday itself, revealed the hospital authorities. Apart from the 21 injured, four were brought dead to the hospital.

The survivors include Jayant Sawant (57), who ran towards the apartment to rescue his aunt Shubhada Shelke only to succeed in rescuing other women while losing his aunt in the fire.

A close relative of the samaritan said, “Mr Sawant, who resided in the Patel building close by, rushed to the spot when he saw smoke billowing from the 12th floor of Crystal Tower. He wanted to save his aunt Ms Shelke but ended up helping other women get out of the complex.” Ms Shelke (62) was among the four persons brought dead to KEM Hospital. Her body was completely charred, said hospital authorities.

Mr Sawant’s relative said, “His condition is stable now but he has been crying continuously and has not been informed about his aunt’s demise.”

Dr Avinash Supe, dean, KEM Hospital, said, “All the injured are stable and a few will be discharged by Wednesday evening and a few on Thursday. Only the ones with serious burns will have to stay a while longer.”

Bhoiwada police have arrested Abdul Razak Ismail Supariwala (developer) late on Wednesday after a case was registered as the fire was doused. The complainant in the case is Vinod Dattaram Mayekar, divisional fire officer, Wadala command centre, officials said. “We have registered the case against the accused developer and further investigation will follow,” said N. Ambika, deputy commissioner of police, zone IV. The case has been registered under IPC sections 304 (culpable homicide not amounting to murder), 336 (endangering life and personal safety of others) and other sections of the Maha Fire Prevention and Life Safety Act.