The committee had hired an independent structural consultant specially for probing the Ghatkopar collapse. 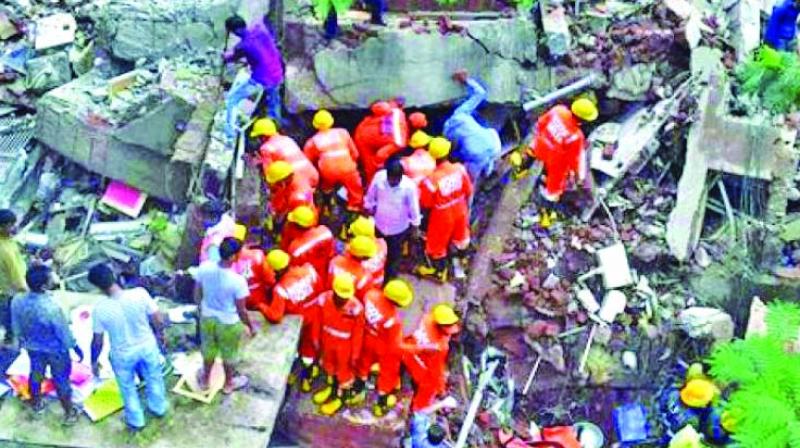 Mumbai: The Parksite police are still waiting for the Brihanmumbai Muncipal Corporation (BMC) inquiry report on the Ghatkopar building collapse case. Officers investigating the case said they would write to BMC officials, asking for the date of submission. In July, two accused had been arrested in connection with the collapse of the Sai Darshan building, which claimed 17 lives. According to the police, some BMC officials were involved in granting permission to the main accused Sunil Shitap for illegal renovation.

Following orders from chief minister Devendra Fadnavis, the committee was expected to complete its probe and submit its final report within 15 days, but even 25 days after the incident, BMC officials have failed to do so.

There was no detailed inquiry of the collapse and neither the BMC nor the society had conducted a proper structural audit of the society. The committee had hired an independent structural consultant specially for probing the Ghatkopar collapse. The consultant was supposed to test the material and debris stored at Maniklal Maidan after the collapse.

DCP Sachin Patil said, “Our police team yet to get that inquiry report to investigate further in the probe. We will write to BMC officials to give probe report soon for a speedy investigation.”

As a part of the probe, the committee had recorded statements of the residents and concerned ward officials. The inquiry was put in force after the residents repeatedly blamed Shitap, the main accused in the collapse tragedy, who had demolished the load bearing pillars of the structure to seek additional space while renovating his two flats. Destruction of these pillars, which were on the ground floor, had caused the collapse. Shitap was arrested soon after the incidents.