A case of rash driving, culpable homicide not amounting to murder and drunk driving has been registered. 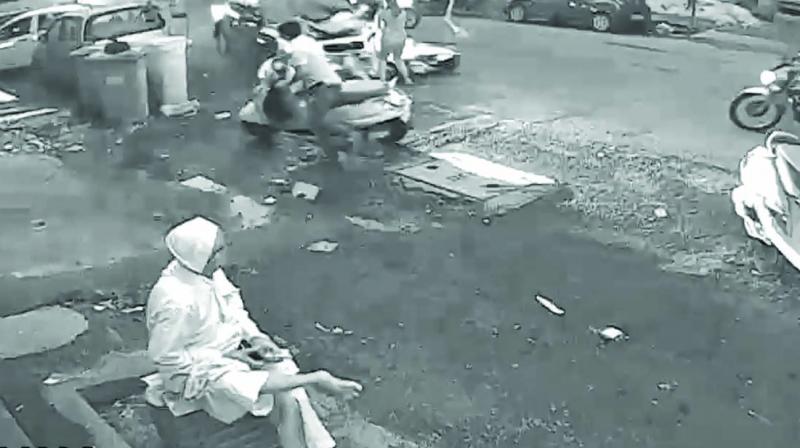 The alleged drunk driving incident took place in sector six in Kamothe, Navi Mumbai on Sunday at around 8 pm.

Mumbai: Two persons, including a seven-year-old, were killed, and at least seven others injured after a speeding Skoda hit them at Kamothe, Navi Mumbai, Sunday evening. The alleged drunk driving incident took place in sector six.

The deceased were identified as Sarthak Chopade (7) and Vaibhav Gurav (31), both of whom were among the first persons to be hit by the car that came crashing into at least eight parked motorbikes and a bus. The officials said that part of the incident was captured in a CCTV camera.

Eyewitnesses said that there could have been mo-re casualties had the Sk-oda car not rammed into a school bus. The driver of the car, identified as Harwinder Singh Kumar (75) has been admitted to a nearby hospital.

Superintendent of poli-ce Devidas Sonawane stated, “The accused might have been drunk when he was driving. He appears to be a resident of Kamothe. He is in the ICU of the hospital. An arrest will be made after he is declared fit by doctors.”

Officials said that the accident took place at around 8pm in sector six. The entire incident unfolded in a matter of minutes following which the unnerved onlookers were seen gathering themselves to help the victims.

“The statements of eyewitnesses are being recorded and it’s being verified,” said an officer of Kamothe police station.

Those injured including Sadhana Chopade (Sarth-ak’s mother), Prashant Mane, Shraddha Jadhav, Sifa Sarang and Aatish Patil were rushed to MGM Hospital by the locals. The investigators said that two women, who sustained minor injuries, took a rickshaw and left the spot.

The officials said that preliminary reports suggested that the accused could was accompanied by somebody in the car. The officials are also gathering relevant details from the RTO to get vehicle details.

A case of rash driving, culpable homicide not amounting to murder and drunk driving has been registered.