SRA halfway through the biometric survey

The data is gathered by the authority to detect the slum dwellers eligible for rehabilitation. 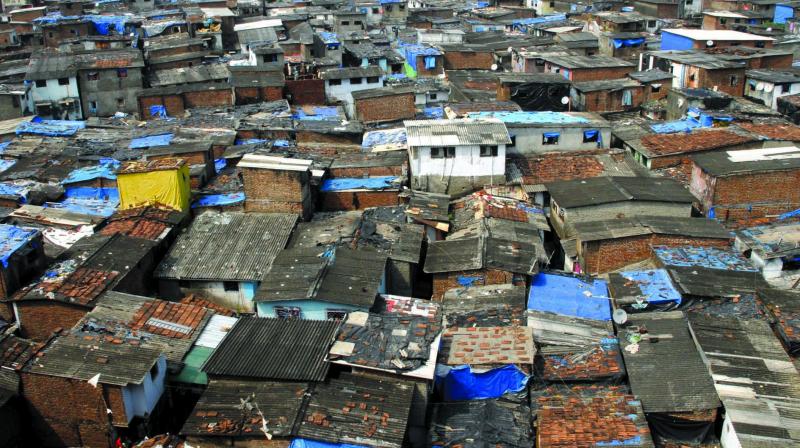 Biometric survey data will be made online.

Mumbai: To weed out ineligible claimants, the Slum Rehabilitation Authority (SRA) has begun a project using biometric survey to assess the number of slum dwellers in the city. The data is gathered by the authority to detect the slum dwellers eligible for rehabilitation.

The government aims to provide housing to all and make the state slum-free by 2022. So far, three lakh huts have been numbered while the work on two lakh remains to be done.

According to SRA estimates, there are around five lakh slum dwellers residing in various slum pockets of the city. The door-to-door biometric survey for identifying the eligible slum dwellers was kick-started in 2016, however the survey is yet to be completed.

“We have managed to survey around 2.5 lakh slum dwellers. Also around three lakh huts have been numbered,” said an official from the survey agency.

The survey team knocks on every door and numbers the slums by painting it, and conducts a biometric survey of each family member.

“The team which goes on the ground often face stern opposition from the slum dwellers. Sometimes people own more than one hutments, and we give a benefit for only one hutment. Thus people oppose and do not co-operate in the survey,” said the official. The authorities believe eligibility of the slum dwellers will be noted during the survey and this will be helpful for speedy implementation of SRA schemes.

Biometric survey data will be made online. The citizens can use the special ID given to them after the survey to check the progress of rehabilitation of that particular area. Currently, the data of survey is only available for SRA officials.