The fire that broke out at 4 pm on Friday evening, claimed one life. 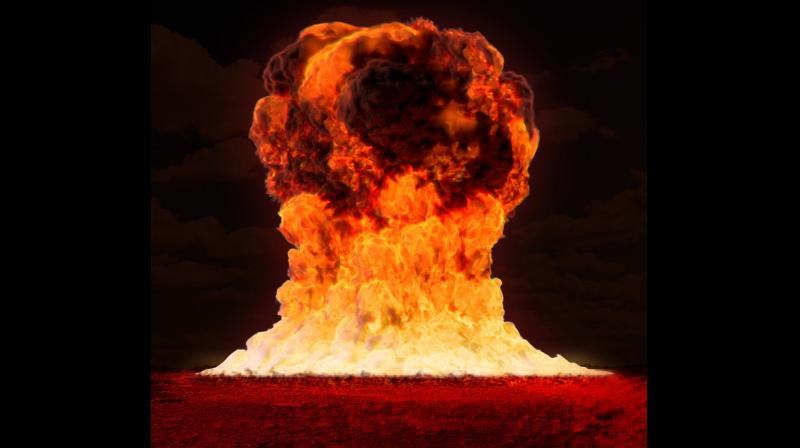 Mazagaon Dock Shipbuilders Limited (MDL) is confident that the timeline of completion of work won't get affected. (Photo Pixabay)

Mumbai: A major fire which broke out at an under-construction warship-Visakhapatnam was extinguished on Saturday morning around 10.30 am.

The fire that broke out at 4 pm on Friday evening, claimed one life.

“The fire was major and Mumbai Fire Brigade had given a level-3 fire call after 7 pm. The fire was brought under control around 6.30 am on Saturday and was doused completely at around 10.30 am. The fire-fighting operation took time as the fire was in a deck and the staircases were only 2 to 3 meters wide,” said senior fire officer, A.V. Parab.

However, despite this major fire incident, the Mazagaon Dock Shipbuilders Limited (MDL) is confident that the timeline of completion of work won't get affected.

Ashish Singh, spokesperson of MDL said, “The ship is 163-meters big and has several tanks. The tank where the fire broke out will be inspected and investigated by our committee before resuming the work. The construction work at rest of the tanks is underway. The Visakhapatnam ship is scheduled to be commissioned in 2020-21 and the timeline won’t be affected.”

The contract labourer Bajendra Kumar (23) was found dead on lower deck by the firemen.

He has suffered 100 per cent burns, the J.J. Hospital stated. The blaze had erupted on second and third deck during the grinding operations. However, Navy and MDL will carry a detailed investigation.

Construction on ‘Visakhapatnam’, the new class of stealth destroyers under the Project 15-B, started in April 2015 and the first of the destroyers is scheduled to be commissioned by 2021.