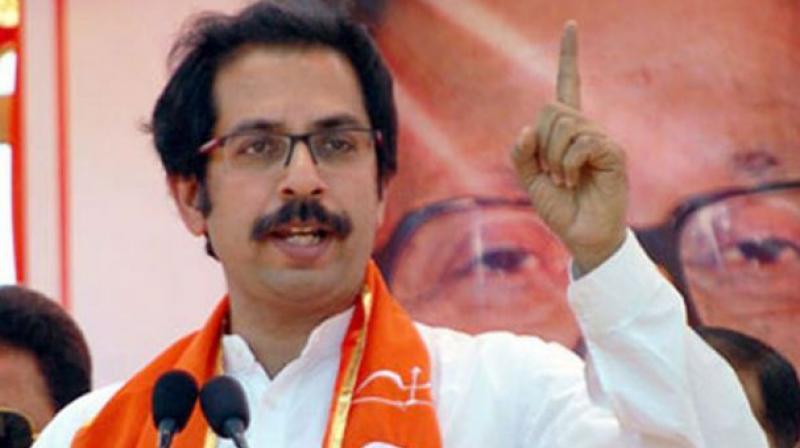 Mumbai: After the Maharashtra government decided to donate the one day salary of its ministers’ and officials to the widows of the farmers who committed suicide, Shiv Sena has declared to give its ministers, MLAs, MPs, corporators one month salary to the families of the farmers who have committed suicide. Sena chief Uddhav Thackeray would contribute Rs 1 lakh personally for the cause.

A government resolution (GR) issued on June 21 said that the minister including CM, IAS and IPS officials, and other officials from government bodies and corporations would donate their one-day salary to the CM fund. The money would be used for rehabilitation of the widows of farmers who have committed suicide and for education of their children.

After seeing that GR, Shiv Sena decided to contribute more towards the cause. Sena minister Diwakar Raote said, “We thought that the government’s financial plight is not very good and hence they are deducting one day’s salary of the officials. We decided that the Sena, which has been working for the farmers, should contribute more. All the Sena ministers, MPs, MLAs, corporators, zilla parishad members would give their one month salary to the farmers’ families who have committed suicide. Uddhavji himself would contribute Rs 10 lakh for the cause. I have written to the chief secretary asking under which section the salary can be contributed,” Raote told reporters.  The ministers get around Rs 2 lakh salary per month while the MLAs get Rs 1.60 lakh per month. The Sena has about 78 MLAs and MLCs in the state legislature whose one-month salary would be contributed towards the farmers’ welfare.