The first seizure was made based on intelligence while the second was based on profiling. 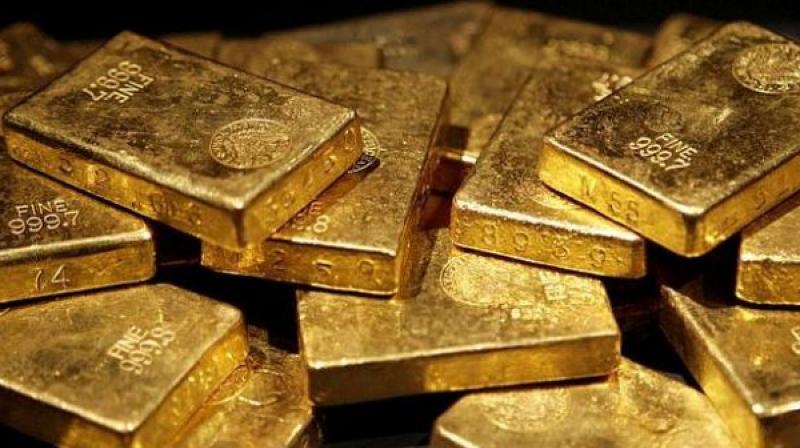 The packets were wrapped with a black-coloured adhesive tape in one of the washrooms. (Representational Image)

Mumbai: The Air Intelligence Unit (AIU) of Mumbai Customs on Wednesday seized gold worth around Rs 1.10 crore in three separate cases. While two seizures were made in the course of searching the aircraft, in the third case, the passenger had posed to be wheelchair-bound in order to avoid paying duty for the gold he was carrying.

The first seizure was made based on intelligence. The AIU officers on Wednesday evening searched Jet Airways Dubai-Mumbai flight 9W 535 that lands at around 7.50 pm and recovered two unclaimed packets. The packets were wrapped with a black-coloured adhesive tape in one of the washrooms. They were concealed in the cavity behind the mirror placed in the left side rear washroom of the flight. Each of the packets contained five gold bars bearing foreign marking. They collectively weighed 1,160 grams and their market value is around Rs 35 lakh. In the second seizure, which was made based on profiling, Nimisha Jentilal Gudhka (38), a passenger, was intercepted. Gudhka, who hails from Jamnagar, Gujarat, had arrived from Dubai in the same Jet Airways flight. He had allegedly concealed eight gold bars that collectively weighed 660 gm and are valued at around Rs 20 lakh. They were hidden inside his trouser pocket and his wallet. Gudhka in his statement admitted the possession and recovery of the gold bars, which were being smuggled into India without payment of customs duty. Gudhka, a businessman, is not physically challenged but had allegedly posed to be wheelchair-bound with an aim to dodge the customs check.

In the third seizure, another Jet Airways flight 9W 67 was searched on the same night and 12 cut pieces of gold bars worth around Rs 60 lakh were recovered. The flight arrives from Bangkok at around 11.30 pm.

A 35-year-old passenger, Ravikiran Ghanshyam-bhai Gohel, was arrested in this connection. A resident of Gujarat, he was intercepted and he allegedly accepted carriage and concealment of the gold bars in the hollow pipe beneath the seats.