The police is working on sending notices to telecom companies to put up better firewalls, which can stop the cases of SIM swaps. 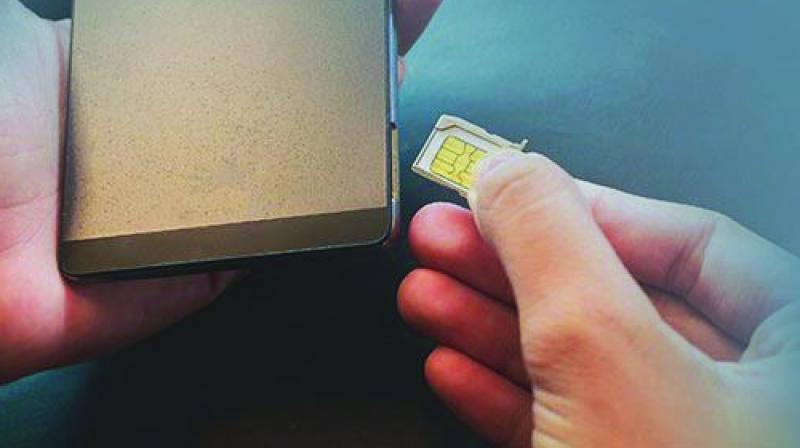 MUMBAI: Mumbai has seen a rise of around 3,000 complaints against ‘SIM-swap’ fraud in the first four months of the year, which involves a caller acquiring details related to a debit or credit card to steal money. The figure of cases from January to April this year came to about 20,351 cases, whereas last year’s corresponding figure was 17,724. The police is working on sending notices to telecom companies to put up better firewalls, which can stop the cases of SIM swaps.

Explaining the scamsters’ modus operandi, an official from the cyber police said, “The scam is operated at three levels. At the first level, the mastermind targets the victims and gets hold of their phone details from the company. At the second level, the accused collects bank details and identity proof of the victim. Then at the third level, the accused executes the plan, and sends messages of various fake transactions of the bank, giving victims the impression that their card has been misused. Following this, the accused calls the victim impersonating the mobile company employee, and get details like the Personal Identification Number (PIN) and Card Verification Value (CVV).”

According to the data procured by The Asian Age, the numbers of cases of SIM swaps have gone up quite significantly showing a rise in the trend. In the whole of 2017, about 31,674 such cases were registered. In this type of scam, a criminal registers an existing number of a cellular company’s client on a new SIM card.

The cyber police officials said that despite various notifications and alerts given to the common people via Twitter, awareness drives, the people fall prey to such scams and repeatedly.

Last week a 31-year-old South Mumbai woman, Lubaina Kapasi, fell prey to the fraud, losing Rs 24,000 after her card was swapped. A person claiming to be from the phone company called and told the victim that she had been sent an SMS with a 20-digit verification code which she needed to forward to the customer care, or else her number would be disconnected as per their verification procedure. She then gave the details and within five minutes her SIM was deactivated. Kapasi went to the service centre of the telecom operator and narrated the incident, and was surprised to learn that the caller was not an employee of the company. Ten minutes later, Rs 24,000 was used from her bank account.

SIM Swap fraud: What you can do

Contact your mobile service provider to block your SIM.

Contact your nearest police station immediately with all the details and cyber cell of your jurisdiction.