The govt will offer them hawking licenses with Rs 1 lakh as seed funding or Rs 3 lakh as one-time settlement, an official said. 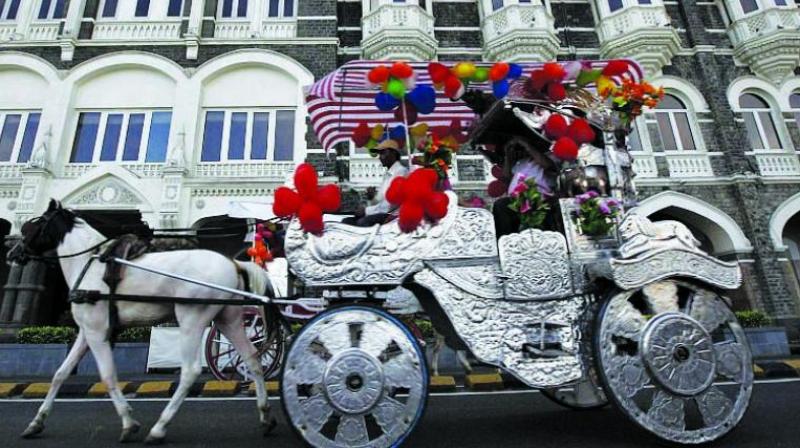 Mumbai: The Maharashtra government will rehabilitate 'Victoria' horse carriage owners and operators who have been left without a means of livelihood after a ban on their trade here.

The government will offer them hawking licenses with Rs 1 lakh as seed funding or Rs 3 lakh as one-time settlement, an official said here.

The state cabinet approved the rehabilitation plan at a meeting here on Monday.

The decision came after a court ruling asking the iconic buggies, which have been running on the streets since colonial times, to be phased out and the families dependent on them, rehabilitated.

The silver-coloured carriages, which have often featured in Bollywood movies, are used by tourists for joyrides at sites like Nariman Point but have drawn the ire of animal rights groups who allege that the horses are mistreated.

The cabinet decision will affect 91 Victoria owners and 130 drivers, the official said.

Victoria owners have claimed that around 800 families were directly and indirectly dependent on the trade for employment, the official said.

In June 2015, the Bombay High Court had directed the Brihanmumbai Municipal Corporation (BMC) to put a complete stop to these carriages as they are "illegal and violative of Prevention of Cruelty to Animals Act".

The court had then directed the Maharashtra government to frame a comprehensive policy to rehabilitate those persons (carriage owners and drivers), who would be affected by the ban and also the horses.

The direction was given in a public interest litigation filed by city-based NGO 'Animals and Birds Charitable Trust' alleging cruelty to horses by using them for joyrides.