Special CBI judge H.S. Mahajan says he would finished the trial in two to three months. 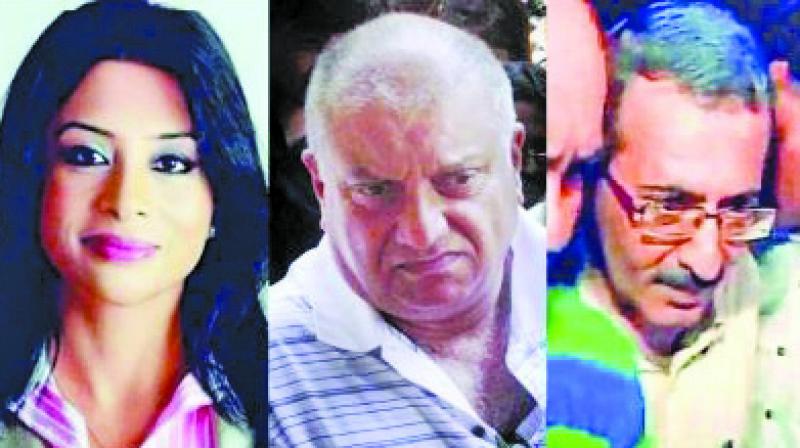 Indrani, Peter Mukerjea and Sanjeev Khanna are all accused in the Sheena Bora muder case.

Mumbai: Special CBI judge H.S. Mahajan on Monday informed the three accused in the Sheena Bora murder case Peter Mukerjea, Indrani Mukerjea and Sanjeev Khanna to co-operate with the new judge who would be conducting their trial.

Judge Mahajan has been transferred to Aurangabad and a new judge would conduct their trial and also advised them to co-operate with new judge, take care of their health and finish the trial fast. Judge Mahajan on Monday called Indrani, Peter and Khanna into the witness box and informed them about his transfer. Judge Mahajan also mentioned that he would have finished the trial within next two to three months.

The trial started in February 2017 with police sub-inspector Ganesh Dalvi from Khar police station stepping into witness box. But his testimony could not be completed as the defence challenged the CBI court’s order in the Bombay High Court, allowing this witness to tell the court what accused-turned-approver Shyamwar Rai had told him about Sheena’s murder during interrogation of another case.

The Khar police had arrested Rai for carrying illegal firearm arms and during interrogation had told the police about Sheena’s murder.

However, according to defence Rai has given confessional statement and hence prosecution cannot rely on any of his other statements. Application made by the defence is pending before the HC.

The HC has not granted stay on trial, hence the CBI court was supposed to fix a date for examining PSI Dalvi. However, following transfer of Judge Mahajan, the matter is adjourned till June 12.

The is the first time the Indrani and Peter were produced before the court after CBI conducted searches at their house as a part of investigation into a case linked to Karti Chidambaram, son of former union minister P. Chidambaram. There are allegations that favours were granted in foreign investment clearance to a firm, INX Media, in 2007. The CBI had searched their house in suburban Worli house on May 16.