Is Nabi Shaik and Taj the same guy?

Shaikh’s name cropped up after he was arrested by Pakistani agencies in Islamabad on Friday. 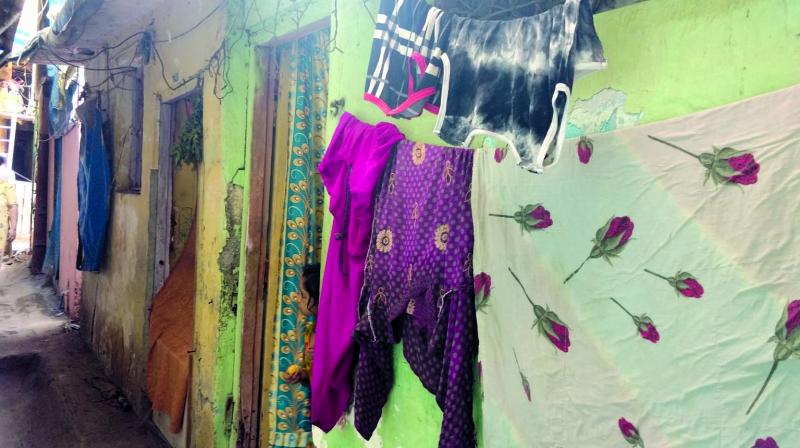 The house at Jogeshwari (E) where Nabi Ahmed Shaikh alias Taj once lived.

Mumbai: The Mumbai police suspects that Jogeshwari resident Nabi Ahmed Shaikh alias Taj, who was arrested by security agencies in Pakistan on Friday is probably the man the state Anti-Terrorism Squad (ATS) had picked up in 2005-06.

Shaikh alias Taj was picked up during the crackdown on the SIMI and Indian Mujahideen (IM)’s modules, including the one led by its ‘expert’ bomb-maker and recruiter Yasin Bhatkal.

Sources said that during 2005-06, Shaikh was under the ATS scanner and was once picked up by the agency, after which he fled to Pakistan.

Shaikh’s name cropped up after he was arrested by Pakistani agencies in Islamabad on Friday. His name on police and ATS records is ‘Taj Nabi Shaikh’.

Owing to difference in the names, there is lack of clarity on whether the person arrested in Pakistan is the same person who was picked up by state ATS.

ATS sources said, “ From the available records, there is one Nabi who had figured in the interrogation of people connected with SIMI in 2005-06. It is not known whether he is the same Nabi. We are in touch with Government of India for getting further details.”

Shaikh was questioned after his name allegedly came up during the interrogation of a terror suspect who was caught in Gulbarga. Police sources said that Shaikh along with two others (Bada Imran and Chhota Imran) were named as suspects in Mumbai by the terror suspect there. “It is said that he (Shaikh) has been in Pakistan for the past several years and underwent terror training there. His family never registered a missing person’s complaint after he disappeared. Although, they have been staying in Mumbai,” said a senior police officer, requesting anonymity.

It may be recalled that Bhatkal was arrested in August 2013. He was sentenced to death last December by a Hyderabad special court for his alleged role in the February 2013 blasts in there.

The IM had orchestrated serials blasts in Jaipur, Ahmedabad, Bangalore and Delhi in 2008. After the blasts, IM’s top leadership exited India to take shelter in Pakistan, UAE and Nepal. The IM’s co-chiefs Riyaz Bhatkal and his brother Iqbal are suspected to be in hiding in Pakistan.

Following the news of his arrest, the local Meghwadi police sent a confidential report to higher officials on Shaikh. The report stated that Shaikh has been suspiciously missing from his residence since a decade and his family was allegedly in touch with him.

When the Asian Age visited Shaikh’s childhood residence at Jameel Chawl, Bandra Plot in Jogeshwari (east), it was locked. Neighbours said the family had shifted to another place seven years ago and they last saw Shaikh nearly 10 years ago.

Mr Dilip Solanki, who has rented out the room where Shaikh stayed, said, “I have been staying here for the past four years. We used to call Nabi as Taj. Shaikh used to keep to himself and not mingle much with others.”

Mr Solanki said that Shaikh worked in the embroidery business which his father Raees Shaikh had started. He has three sisters and an elder brother Ali alias Raja. “The police has been frequenting here asking for Nabi since years,” Mr Solanki said.

The police has not contacted the family yet, however they have been kept under a watch.