Both children cry intermittently, have fever; Their mothers are furious. 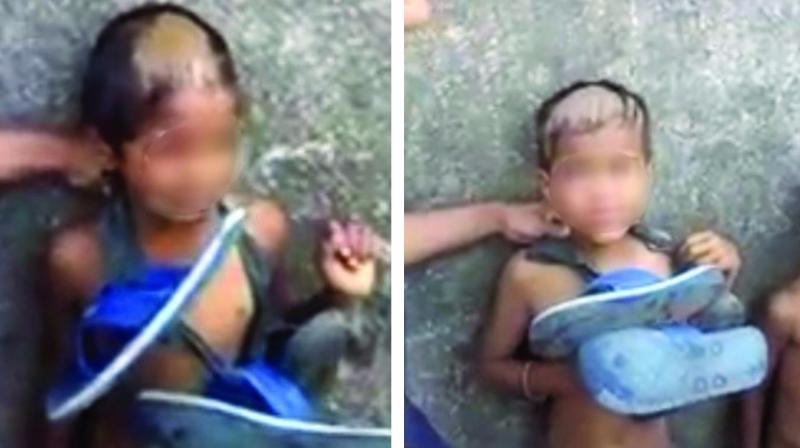 Grabs from the video in which the two children are seen being beaten up, tonsured and made to wear a garland of slippers.

Mumbai: Two children from Ulhasnagar who were allegedly stripped and had their heads shaved in public on Saturday for stealing chakli from a kirana shop to overcome hunger, are in severe trauma, their lawyer and mothers said on Monday. Both the children — one aged 8 and the other 9 — cry intermittently and are suffering from cold and high fever even as they try to overcome the memories of the dreadful one-hour during which they were paraded naked on streets.

The mother of one of the two minors told The Asian Age, “My son is in fifth standard. After his vacation has started no one is there to look after him 24 hours. I work as a domestic helper, so finish my work by evening and I try my best to come back home by 8 o’ clock.”

She said, “On Saturday, I could not make much food at home because I didn’t have enough money to buy grains. I earn Rs 5,000 per month and I have to manage rent, travelling and home expenses in it.” 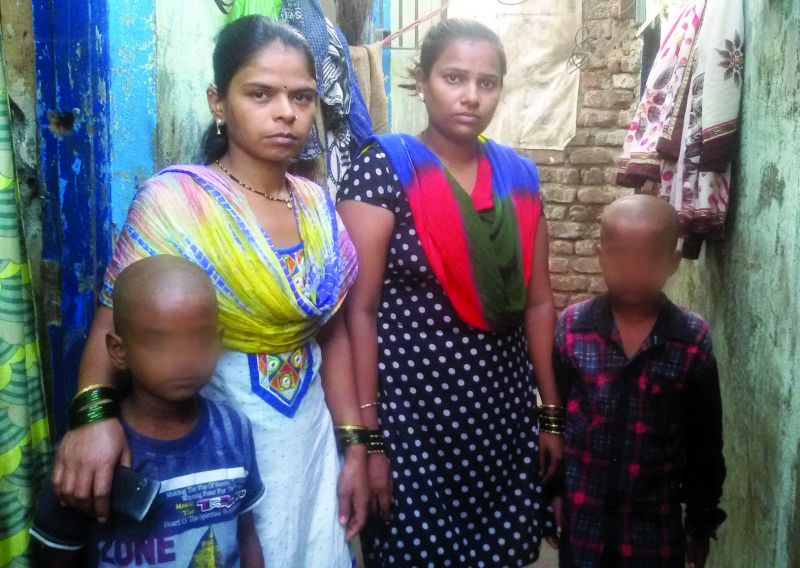 The mothers of the two victims with their children.

She said, “So, my son was feeling hungry when he was playing with his friend. He did not have money. Therefore he took chakli from the shop. The chakli is barely worth `2, if the shop owner would have told me about it I would have paid the money immediately to them.”

The shop owner, Mehmood Pathan (69) and his two sons Irfan (25) and Tavakkal (20), have been arrested and remanded in police custody till May 23.

The boy’s mother said, “I know my son did wrong and he is small too, but what they did to my son is punishable.” Both the childrens’ mothers are living alone with their children.

One of the victims said, “I was hungry so I thought of taking the chakli that was kept in the shop. After I stole the chakli the uncle (shop owner) beat me up and forced me to take off my cloths.”

Sharad Nadar, who witnessed the incident, said, “I saw some of these people gathered near the shop, I went there and saw they were forcefully feeding chakli to two naked children who were my neighbours. I asked them to stop but they didn’t listen.”

Senior police inspector of Hill line police station M. G. Waghmare said, “We received a video on WhatsApp after which we started searching for the shop. We have arrested the shop owner and his sons.”