Jain’s counsel, Sujit Shelar, informed the court that Jain had been convicted by a Mumbai sessions court for three years. 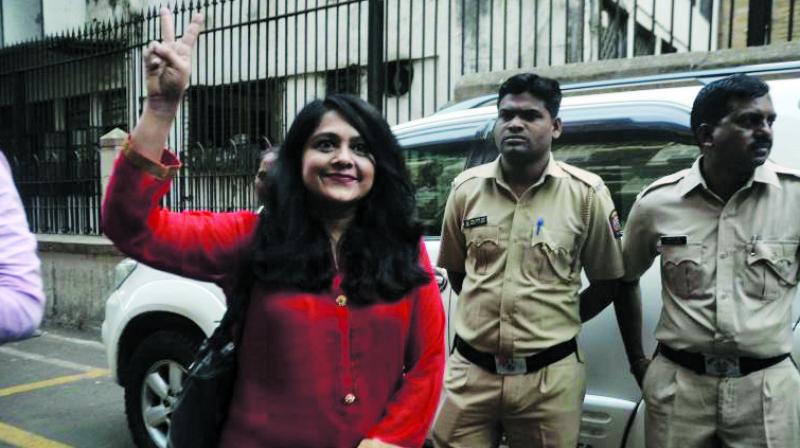 Mumbai: The Bombay high court has extended the bail of aspiring actress Priti Jain, who on April 28 sentenced by a Sessions court to three years’ imprisonment for plotting the murder of Bollywood filmmaker Madhur Bhandarkar in 2004. The high court also allowed Jain’s appeal against conviction and directed the state to file its reply by June 7.

Justice Makarand Karnik of the Bombay high court was hearing Jain’s appeal. Her counsel, Sujit Shelar, informed the court that Jain had been convicted by a Mumbai Sessions court for three years for plotting Bhandarkar’s murder along with various other sections of the Indian Penal Code (IPC). Advocate Shelar also said that the trial court suspended Jain’s conviction and granted bail for four weeks which would be over on May 26.

The high court then extended Jain’s bail and told the state government to file its reply before a regular bench on the next date of hearing. Advocate Shelar told The Asian Age, “We have mentioned in our appeal that Jain’s conviction must be set aside because the FIR is doubtful. The prosecution has failed to prove motive of the offence. Key witnesses like hotel managers who had seen the accused were not examined by prosecution till the end.”

In 2005, Jain was arrested for conspiring to kill Bhandarkar. According to the police, the plot came to light after she approached the Akhil Bharatiya Sena to recover `40,000 that she had allegedly paid to the accused Naresh Pardeshi to eliminate Bhandarkar.