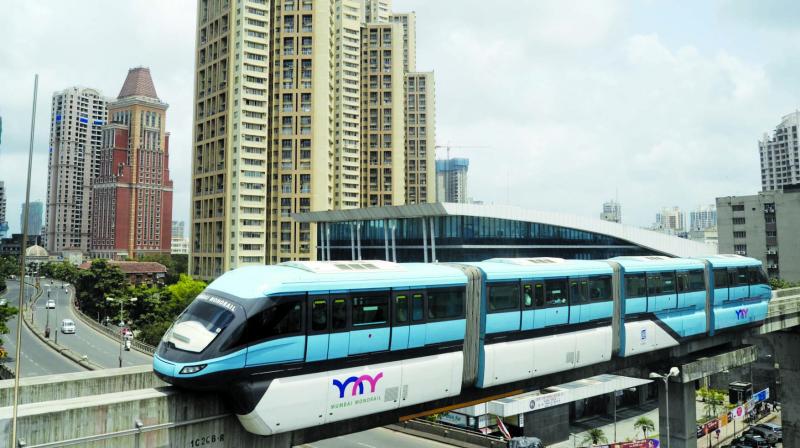 Mumbai: The Mumbai Metropolitan Region Development Authority (MMRDA) has decided to directly pay for monorail rakes, instead of asking the contractors to procure rakes for monorail, in order to ensure that the corridor is thrown open to the public as soon as possible.

Currently, the authority, which has four rakes, will need three additional rakes to operate the first and second phase of the monorail. The operations of  Phase 1 (Chembur-Wadala) of monorail is under L&T-Scomi consortium.

"Since the contractor does not have enough money to buy rakes directly, we will directly pay for the procurement of rakes. We need three more rakes to make the corridor operational soon," said a senior MMRDA official. According to sources, the contractor did not reap enough profits with the Chembur-Wadala corridor due to alleged low ridership. The cost of operations exceeded the profits and thus they had demanded three times the higher operation cost from the MMRDA. "We will not increase the operation cost, they will have to run it under the same cost," confirmed a senior official from MMRDA.

Meanwhile, the bids to find a new operator was floated last month, post which two companies- Reliance Infrastructure and IL&FS had come forward to bid. But both the companies quoted higher than the estimates of MMRDA, thus the new operator has not been finalised yet. "We will not go for the fifth call, we will negotiate with the bidders," added the official. The services of Chembur-Wadala corridor were hit last year in November after a major fire gutted two rakes of the monorail, the second phase (Wadala-Jacob Circle) was stuck since 2014. However, recently, the Commissioner of Railway Safety (CRS) gave the safety nod for the corridor.