No MESMA against anganwadi staff

The government has decided to stay MESMA against anganwadi workers, says CM Fadnavis. 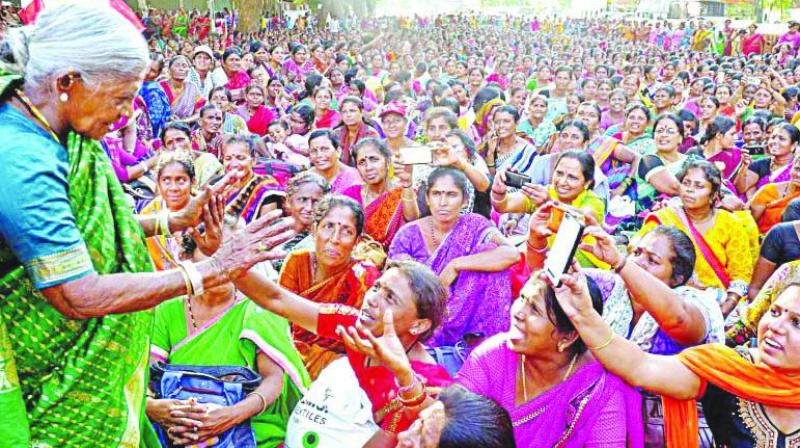 There are two lakh anganwadi workers in Maharashtra.

Mumbai: A day after attracting flak from ally Shiv Sena and the opposition Congress-NCP, Maharashtra chief minister Devendra Fadnavis on Thursday announced that the government has stayed the invoking of the Maharashtra Essential Services Maintenance Act (MESMA) against Aanganwadi workers to stop them from going on strike.

Making a statement in the Assembly, Mr Fadnavis said,” Considering the sentiments of the August house, the government has decided to stay MESMA against anganwadi workers.” On Wednesday, Shiv Sena and opposition members created ruckus in the Assembly, seeking withdrawal of the Maharashtra Essential Services Maintenance Act (MESMA) invoked against anganwadi workers to stop them from going on strike.

The Assembly witnessed eight adjournments before presiding officer Yogesh Sagar put the budgetary demands to vote amid noisy scenes and finally adjourned the House for the day. However, Women and Child Welfare Minister, Pankaja Munde remained adamant and refused to withdraw MESMA. She in fact said that 125 children died due to the strike. She said that Anganwadi services were essential for small children and that is why it was covered under MESMA.

The Anganwadi Kruti Samiti had gone on strike from September 11 to October 8 last year. Earlier this month, the workers sat on a dharna at Azad Maidan and threatened to go on strike demanding to increase honorarium and retaining the retirement age at 65 years