Meanwhile, Rs 2,100 crore has been set aside the ambitious MTHL project. 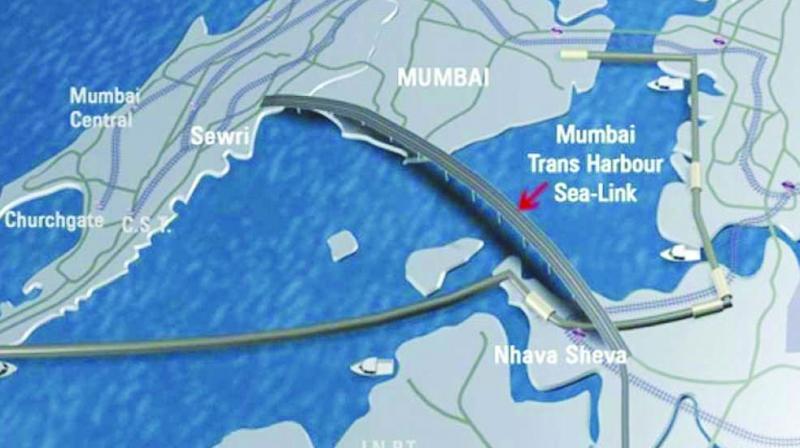 `2,100 crore has been set aside the ambitious Mumbai Trans Harbour Link project.

Mumbai: Metro projects get a boost with Rs 4,700 crore passed alone for the upcoming corridors by the Mumbai Metropolitan Region Development Authority (MMRDA) on Thursday.

Among the metro project, Metro 2A (DN Nagar to Dahisar) has been given the highest share with Rs 1,588-crore, this is followed by Rs 1,262 crore for the Andheri (East) to Dahisar (East) Metro-7 corridor, Rs 700 crore for the DN Nagar to Mandale Metro-2B etc. Further, Rs 450 crore is allocated for Thane metro (Metro 4-Wadala-Kasarwadavali), Rs 100 crore each for Metro 5 (Thane-Bhiwandi-Kalyan) and Metro 6 (Swami Samarth Nagar-JVLR-SEEPZ-Vikhroli).

During the meeting, an important decision was taken which is to create Labour Welfare Fund for the workers deployed on Metro Projects. This fund will be created through the various penal actions taken against the contractors for accidents causing light, grievous and fatal injuries; reporting accidents late or wilfully suppressing them etc. “This is not only to press contractors to take adequate safety measures during the construction but also to take care of the workers and their family members by compensating them in case of any mishaps. MMRDA will soon draft a policy based on which the sufferer and his family can be compensated,” said U.P.S. Madan, metropolitan commissioner, MMRDA.

Meanwhile, Rs 2,100 crore has been set aside the ambitious MTHL project.