Residential bldgs coming up under garb of golf course at Seawoods. 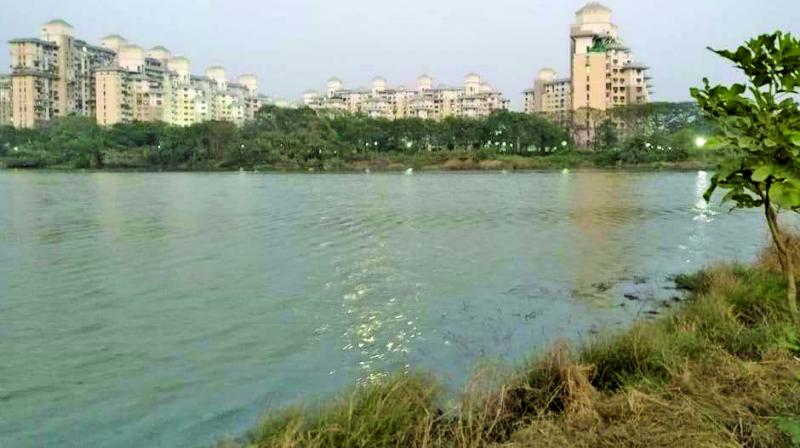 A RTI query revealed that 17 residential buildings with 1564 flats, 20 offices and a golf course are coming up.

Mumbai: Residents of NRI Complex in Nerul have urged the state mangrove cell to inspect the Seawoods (Talawe) wetland site where development of a residential project has been approved by the City and Industrial Development Corporation of Maharashtra (Cidco).

In a letter, the residents have requested the mangrove cell to provide a detailed report of the site, as directed by the Bombay high court. Sunil and Shruti Agrawal, a couple residing at NRI Complex, has recently moved the court against the Cidco, Mistry Construction and the state government, alleging that under the garb of a golf course, a huge residential complex is coming up on the wetland area.

The Asian Age had earlier reported that the state government had, in 2016, denotified around 67.85 hectares of wetland from the ‘no-development zone’ (NDZ) to the ‘Regional Park, including golf course and predominantly residential zone’.

A Right To Information (RTI) query by the petitioner revealed that 17 residential buildings with 1,564 flats, 20 offices, and a golf course would be developed at the site

“We submitted to the court that there has been rampant destruction of mangroves at the site. The developer has chopped down many trees for the purpose of erecting boundary walls as well as allowing for the entry of heavy machines such as JCBs to the protected area. With the help of the JCBs, they started filling the wetland,” Mr Sunil Agarwal.

While the land-filling activities were stopped by the Konkan Wetland Grievances Redressal Committee last November, the petitioner has alleged that no restoration work has been started at the site.

“The wetland area is Navi Mumbai’s last surviving area rich in biodiversity and the habitat of many bird species like flamingos. We have written to the mangrove cell to carry out an inspection at the site and provide a report by April 4, as directed by the high court,” added Mr Agarwal.In its affidavit to the high court, the Maharashtra Coastal Zone Management Authority (MCZMA) has stated that Cidco has stated that the project site is not a wetland area.

“We have given approval on the basis that no environmental damage or any construction will take place in the CRZ area, except for golf course after the Cidco has stated that the site is not a wetland,” said an official from the MCZMA.