The redevelopment process has been stuck since eight years, as no developer was interested in the project. 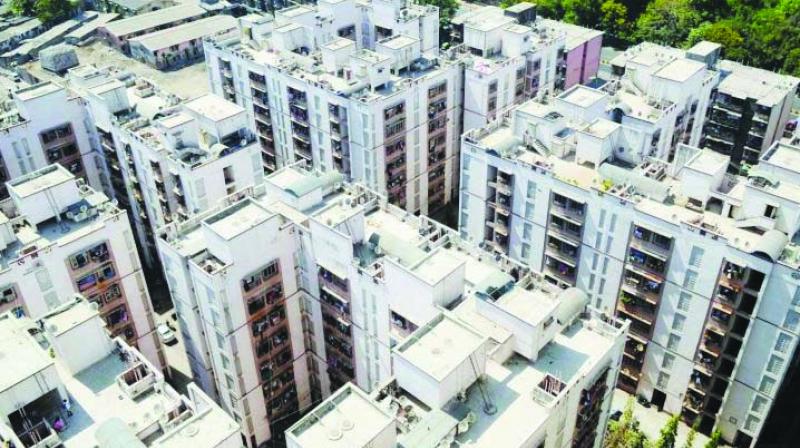 The excess spaces, which are called ‘tidbit’ plots, are small plots adjoining buildings.

Mumbai: The Maharashtra Housing and Development Authority (Mhada) colonies need the state’s approval to use the excess space near their buildings, while applying for redevelopment. The excess spaces, which are called ‘tidbit’ plots, are small plots adjoining buildings. Such plots cannot be developed individually due their small size.

Initially, the authority used to give permission to the tenants to include the excess area during redevelopment. But now state’s approval has become mandatory. There are 56 Mhada colonies that houses around 2,000 buildings.

“The government had released a notification last year about this new rule. So far Mhada has been giving permissions on its own as per the direction of the vice-president. Now the proposals have to be sent to the state government to get approved. Till now, 21 such proposals have been forwarded to the state for approval,” said a senior official from Mhada.  He further added that, “So far we have got 41 proposals for redevelopment.” Once the tenants come forward for redevelopment, their eligibility will be checked and dues would be cleared and after that the proposal will be forwarded.

The redevelopment process has been stuck since eight years, as no developer was interested in the project. Later, the authority amended rules last year, post which the developers are showing interest. Under the amended laws, plots below 4,000sqm will get a floor space index (FSI) up to 3.  A no-objection certificate will be obtained from the housing authority with the premium as payment instead of providing housing stock. If the area exceeds 4,000sqm then the developer may get FSI of 4, out which 1 has to be returned to Mhada in the form of housing stock.