Under this scheme, tuition fees of students are covered as they cannot afford to pay the amount from their pocket. 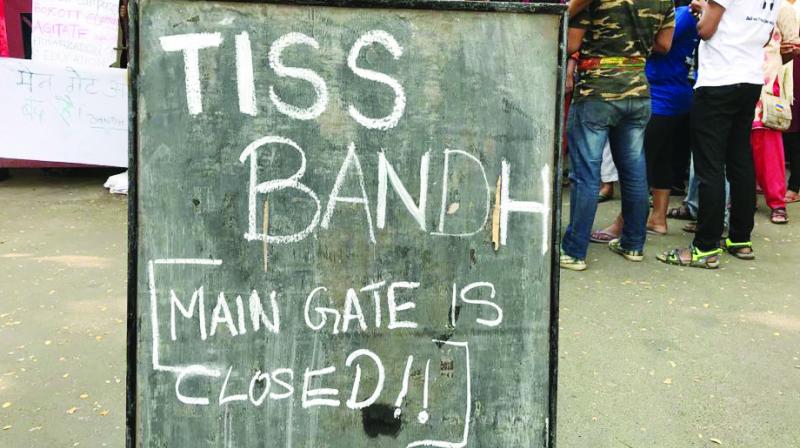 The action will affect the students’ research work.

Mumbai: The students of the Tata Institute of Social Sciences (TISS) have decided to boycott their classes and field work after the administration decided to withdraw funding for students belonging to socially backward classes. The students have claimed that withdrawing funds will affect their research work and place an additional burden on them in terms of paying for hostel accommodation and food. While the institute’s Mumbai campus saw an intense agitation, the Tuljapur, Guwahati and Hyderabad campuses saw similar protests.

Students from socially backward classes – SCs, STs and OBCs – have been receiving “Post Matric Scholarships” under the government of India scholarship scheme since last year.

Under this scheme, tuition fees of students are covered as they cannot afford to pay the amount from their pocket. However, after withdrawal of funds, students will have to pay their fees on their own including tuition fees, hostel fees, food allowance and academic fees. A member of the TISS students’ union told this newspaper, “The 2016-18 batch was informed about this situation midway through their course while the 2017-19 batch, had the aid withdrawn at the time of admissions despite having been mentioned in the prospectus. This is unfair on the part of the administration and we do not plan to withdraw the protest until they give us all the answers.” As part of the protest, students will avoid lectures, project submissions and field work, and will boycott examinations as well if the administration fails to respond.