Mumbai Maritime Board to start RoRo service by April

Vishnu Kumar, chief executive officer, MMB, said, “They have not spoken to me about any such thing so far. 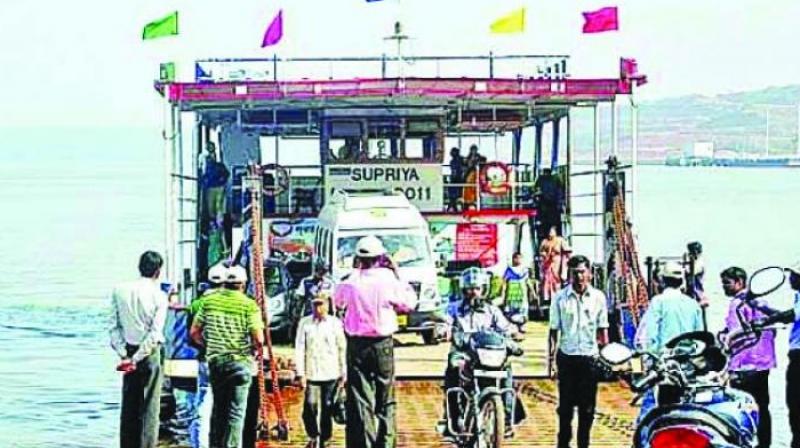 The project is being jointly implemented by the Mumbai Port Trust, Maharashtra Maritime Board and the City and Industrial Development Corporation.

Mumbai: The Mumbai Maritime Board (MMB) experts will start the Roll on, Roll off (RoRo) services by April 2018. However, according to sources, the new operator is sceptical about running the route from Ferry Wharf to Mandwa and is demanding a subsidy. Meanwhile, MMB officials have rubbished any such possibility and said that there have been no issues with the operator thus far. Initially, operator Ma-ldars Dredgers and Salvagers was appointed to run the service but it withdrew from the project.

A source said, “The new firm appointed has insisted on a subsidy and we are negotiating with them. Since this would be the first-of-its-kind RoRo in the city, the operator is doubtful about passenger strength along the route.”

Vishnu Kumar, chief executive officer, MMB, said, “They have not spoken to me about any such thing so far. They have informed that they are bringing the boat in March. Once dredging is completed by March 20, we will conduct trial runs and we are hoping to start services by April.”

The MMB had given a letter of intent to appointed operator, dredgers and salvagers, but the operator withdrew from the project. According to reports, the operator was too sceptical about the passenger strength of the route. Also, the operator wanted tourist traffic to be shifted from Gateway to Ferry Wharf. The project is being jointly implemented by the Mumbai Port Trust, Maharashtra Maritime Board and the City and Industrial Development Corporation.