He even told them that the workers should raise issues related to women and youths. 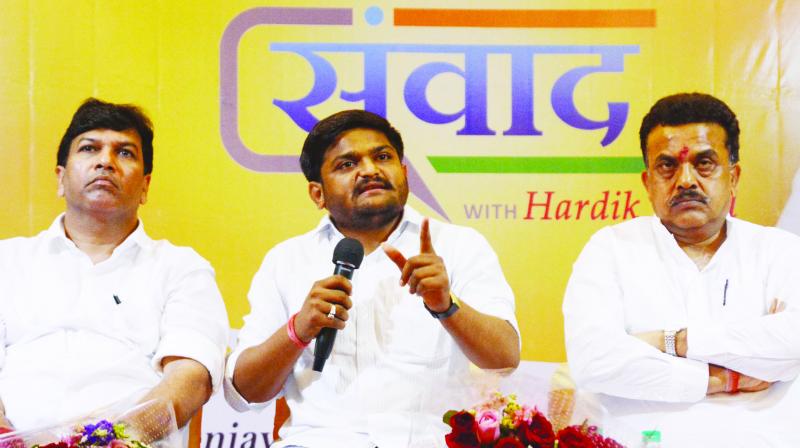 Mumbai: With a view to stop BJP’s false agenda on social media, popular Patidar leader Hardik Patel on Thursday shared tips with Congress’s social media team. During the interactive event, Mr Hardik met various Congress party workers and spoke on how social media helps politics in a longer run. He also took the opportunity to take a swipe at the BJP government.

He even told them that the workers should raise issues related to women and youths. “For the coming 2019 polls, you should ask questions to the government on women’s issues and youths. This campaign should continue till election,” he added.

Mumbai Congress president Sanjay Nirupam who was present at the event said “The PM is still silent on the entire Nirav Modi scam, or better known as the  ‘Chota Modi Scam’ worth `11,300 Crores. We feel like nothing has been done so far on these scams, and starting from Vijay Mallya to Lalit Modi and from Mehul Choksi to Nirav Modi, all these men have been fleeing the country with the tax payer’s money. How could this happen without the government’s involvement or knowledge?”

“The BJP had promised to provide `15 lakh to every citizen but with Nirav Modi and Vijay Mallya fleeing with the tax payer’s money, it looks like the common man is paying the amount.” he added.