Elephanta island lights up after years

State government hopes that it will boost tourism on the island. 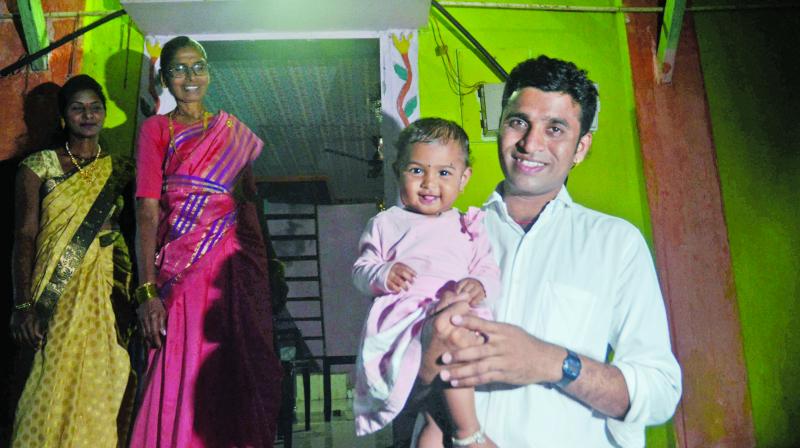 It was a joyful moment for the 300-odd families living in the island (Photo: Shripad Naik)

Mumabi: One of the most popular tourist spots near Mumbai and a UNESCO World Heritage site, the Elephanta island on Thursday received uninterrupted electricity supply. The island, which is barely 25 km away from Mumbai, received electricity through a diesel generator for years. The state government is hoping that the tourist flow to the island will increase and benefit the locals.

Chief Minister Devendra Fadnavis inaugurated the electricity supply in the presence of energy minister Chandrashekhar Bavan-kule and others. Speaking on the occasion, he said that the island would be made popular among foreign tourists too.

“We are trying to make available all the facilities on the island for the tourists. There will be a cable car and a mini train to attract them. The mini train will go around the island,” he said. The CM also said that the Rs 26,000 was spent every day for generator’s fuel so far would be used for the welfare of Elephanta.

It was a moment of joy for the 300 odd families residing on the island. The government laid submarine electricity cables under the sea from the Jawaharlal Nehru Port Trust (JNPT), which is 2.5 km away from the island at a depth of 15 to 25 m under the sea. The project is expected to cost Rs 24 crore.

Elephanta also known as ‘Gharapuri’, is famous for its Hindu and Buddhist caves sculpted between the 5th and 8th century. It is a popular tourists destination for its scenic beauty. The Maharashtra Tourism Development Corporation also organises the annual Elephanta Festival every year.

But so far the locals were not getting electricity supply on a permanent basis. The earlier efforts of generating solar energy failed completely and the cost of fuel energy was too high for the residents. “We are hoping that the tourists flow will increase with uninterrupted power supply to the island. In the absence of electricity, tourists were not allowed to stay on the island,” an official from the energy department said.