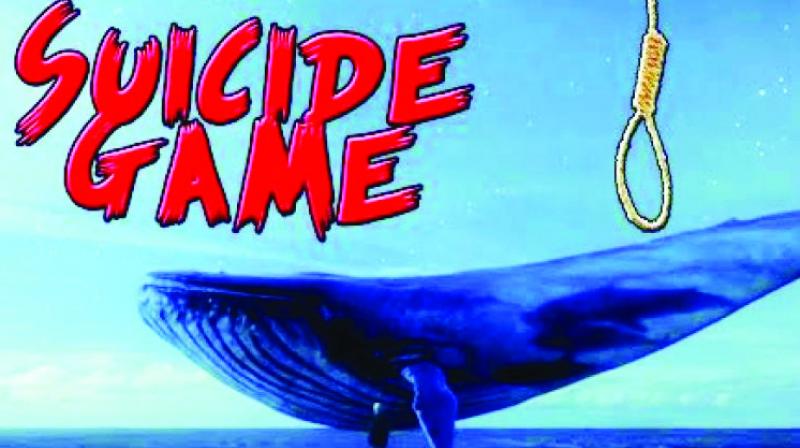 The issue of not falling prey to online games has been widely addressed on the Mumbai police’s Twitter handle time and again. (Representational Image)

Mumbai: The state cyber cell has received over 320 complaints related to the Blue Whale Challenge, which has claimed several lives across the globe, since July last year. Acting on such complaints, the cyber police has blocked more than 200 Internet Protocol (IP) addresses, but still find it difficult to control and monitor the game as it keeps changing the names. Recently, a 24-year-old man committed suicide in Pune as a part of the game.

The game came into the spotlight in the wake of 14-year-old Manpreet Singh jumping off his terrace in August last year, following which the police started creating awareness among netizens. As concern grew among the people, they started reporting websites and links to the game to the cyber police station.

Police sources said that the deadly online games like the Blue Whale Challenge are causing bodily harms to the ones performing it for the ‘needless’ adrenaline rush. These games, which are played by a closed group, are spread over a wide geographical area comprising various countries, making it rather difficult to trace the source and the ban/block it. The link-sharing process might start as a someone from one country challenging an unknown or known person sitting in another country, making it all the more difficult to track.

Brijesh Singh, inspector general of police (cyber), said, “We have received complaints, and the said pages and links have been blocked. State cyber police are constantly trying to shut out such links, which will gradually end the visitation of such web pages.”

The police is now spreading the word about awareness via a campaign and sending notifications to school, where teachers have been asked to strike a conversation with the children about addressing the issue. The issue of not falling prey to online games has been widely addressed on the Mumbai police’s Twitter handle time and again.