Health authorities have detected 45 cases of KFD in Sindhudurg over the last two months of which two persons have died. 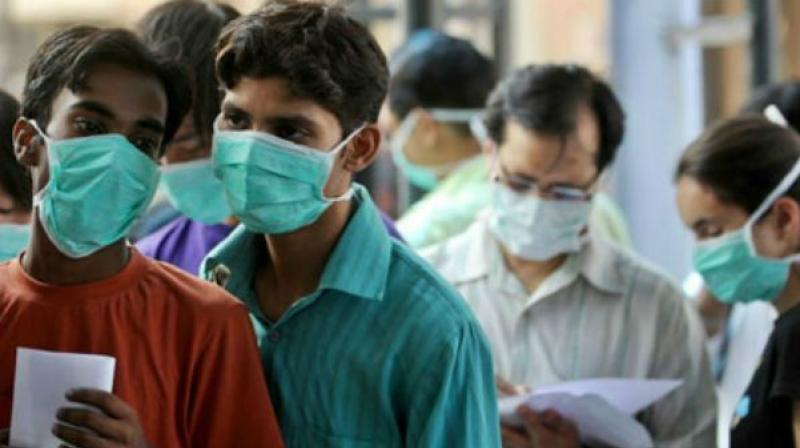 An affected person could infect another if there was any exchange of body fluid. (Representational picture)

Mumbai: The Maharashtra directorate of health services (DHS) has issued an advisory to government-run hospitals across the state including Mumbai, alerting them against spread of Kyasanur Forest Disease (KFD) or monkey fever - a viral infection that begins with high fever and body ache, and leads to bleeding like in case of dengue – in view of its detection in Sindhudurg. Health authorities have detected 45 cases of KFD in Sindhudurg over the last two months of which two persons have died. The carriers of KFD are the ticks present on monkeys.

Sources said that though KFD had not been detected in Mumbai so far, those travelling to areas where the virus was present could contract it. An affected person could infect another if there was any exchange of body fluid. As a precaution, DHS has issued an advisory to take preventive measures and immunisation programmes in affected areas. The mortality rate of KFD is 5 to 10 per cent.

The first case of this season was detected in November 2016. The outbreak, initially confined to a village in Sindhudurg district, has now spread to 18 villages. The virus is highly pathogenic and can only be tested in laboratories with high biosafety standards. It has already claimed two lives and infected 94 people in the state since the last week of January. Pune-based National Institute of Virology (NIV) confirmed the presence of the virus in the blood samples of these patients.

Dr Satish Pawar, director of DHS, told The Asian Age, “We have taken precautions in affected areas. In Mumbai, we do not have jungles and our city is safe. All sites within 100 metres of a dead monkey are dusted with Maliathone powder. Hundred ml bottles of (Dimethyl phthalate) insect-repellent oil have been distributed to villagers who have been advised to venture out only after applying the repellent oil on their body, except the face,” he said.