The Sena plans to field sainiks in the Karnataka and MP assembly elections against BJP candidates. 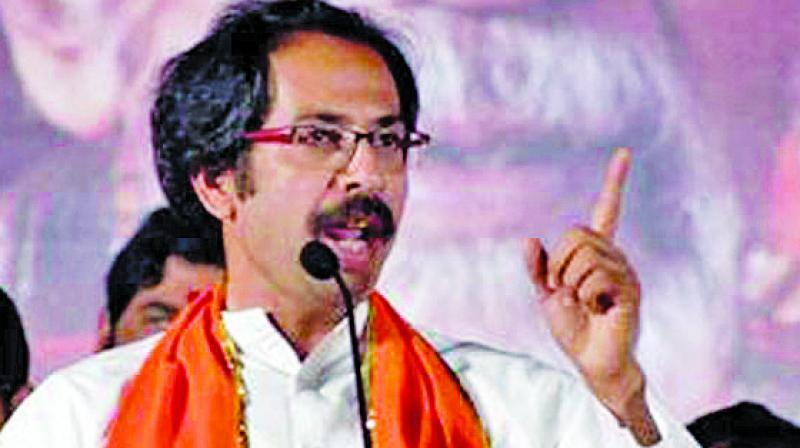 Mumbai: Some saffron leaders are in a tight spot as they want the Bharatiya Janata Party (BJP) to fight the 2019 elections in alliance with the Shiv Sena, but sources from the Sena said that chief Uddhav Thackeray is likely to fight the polls alone.

A senior Sena leader said that Mr Thackeray will ask party leaders and workers in Tuesday's meeting to be preparedto fight the 2019 elect-ions solo. The Sena also plans to field sainiks in the Karnataka and Madhya Pradesh assembly elections against BJP candidates.

After the jolt in the Gujarat elections, few senior BJP leaders are of the opinion that the party should join hands with the Sena for the 2019 Lok Sabha elections.

The Congress is emerging strongly in the state and the Nationalist Congress Party (NCP) may go with the Congress. "The Bhartiya Janata Party may suffer a setback in the elections wit out Sena alliance, the reason why chief minister Devendra Fadnavis is keeping good relations with Mr Thackrey," said a political observer.

The Shiv Sena had remained mum after the Bhima Koregaon caste violence. Many see it is a tacit support to Mr Fadnavis. A senior Sena leader said that the BJP wants to have alliance with Sena only for the Parliament polls.

"They (BJP) wants power and will try to finish Shiv Sena like other regional parties across the country. The reason why Sena plans to fight the polls alone," said the Sena leader, adding that many sainiks also want the party to fight the 2019 polls alone. It may be mentioned here that the Shiv Sena contested in the recent Goa and Gujarat elections alone. Some of its leaders even lost their deposit in the elections.