After 3-year delay, 186 winners to get MHADA flats

These 186 flats were reserved for the people who won in the Middle Income Group (MIG) category. 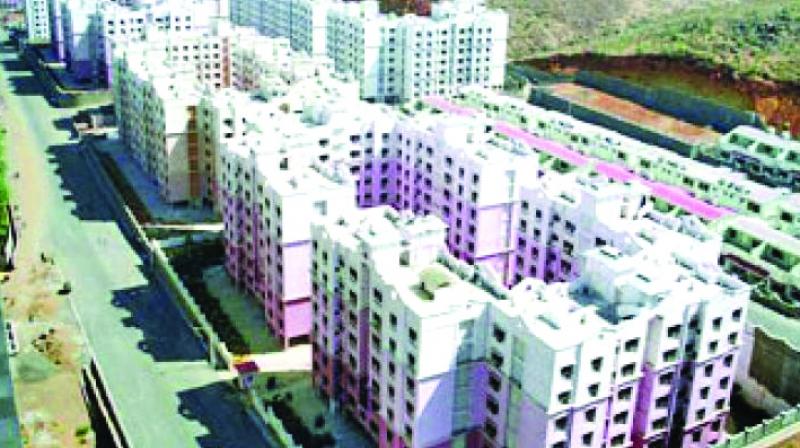 Mumbai: A total of 186 tenants who had won  Maharashtra Housing and Area Development Authority (MHADA) lottery in 2015 will finally get possession of the flats within two months, after a long wait of three years. The MHADA sources claimed that the building recently received Occupancy Certificate (OC) which was stuck for a long time due to construction activities in the adjacent building. The residential structure is located in Gavanpada area of Mulund in the eastern suburbs of the city. The housing authority had held the lottery for over 1,000 homes in 2015.

“Last week, the building received OC from the civic body, and now the letter of provisional allotment will be sent to the winners. After receiving the letter, the winner will have to pay 25 per cent of the amount for the flat. Then within two months, full amount should be paid. Only after full payment, the possession will be given to the winners,” said Bhagwan Sawant, a marketing officer of Mumbai Board, MHADA.  These 186 flats were reserved for the people who won in the Middle Income Group (MIG) category. In September last year, the authority had handed over possession to 232 winners in Economically Weaker Section (EWS) category. They had won flats in Malwani, Malad.