The forest department tried to control the fire and is investigating the matter to find the culprits. 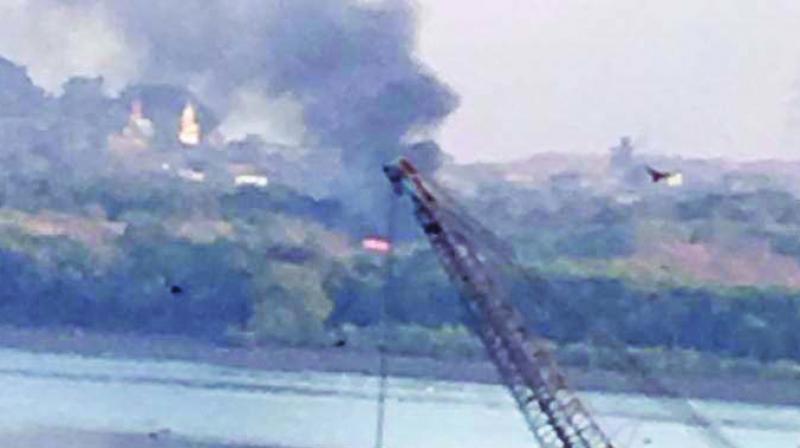 Locals suspect the fire incidents to be an attempt to clear the forest patch for development activities.

Mumbai: Outbreaks of fire inside mangroves across Navi Mumbai still continue unabated with fresh incidents being reported at Ulwe area this week.

The forest department tried to control the fire and is investigating the matter to find the culprits.

The fire was reported inside the Ulwe mangroves opposite the river in sector 15 of CBD Belapur. Activists highlighted that several mangroves were charred in the blaze, which seems like a systematic plan to purposely destroy the green areas.

“After the fire incidents in the first week of December, the miscreants are again setting the mangroves on fire. Burnt patches were found inside the mangroves. Despite the inspection by the forest department, incidents still continue to happen,” said Sunil Agarwal, a Navi Mumbai-based activist.

After the complaints, the forest department, on Thursday, brought the fire under control within an hour. However, officials have stated that deliberate attempts are being made to burn the mangroves.

“We are investigating the matter and have kept the City and Industrial Development Corporation (CIDCO) in the loop about the incidents. The preliminary observations suggest burning of dry grass inside the area as a possible cause of the fire,” said an officer from the forest department, Uran district.

Locals stated that they suspect the fire incidents to be a deliberate attempt to clear the forest patch for development activities. During the earlier inspection at the site, it was found that dry leaves were kept heaped for burning the mangroves.

Environmentalists have also written to the forest department and the mangrove cell to include the issue of recurrent fire incidents in the Ulwe mangroves as an agenda in the upcoming meeting of the newly formed state mangrove protection cell.