Organisation’s target is to increase membership to 1.25L in Konkan. 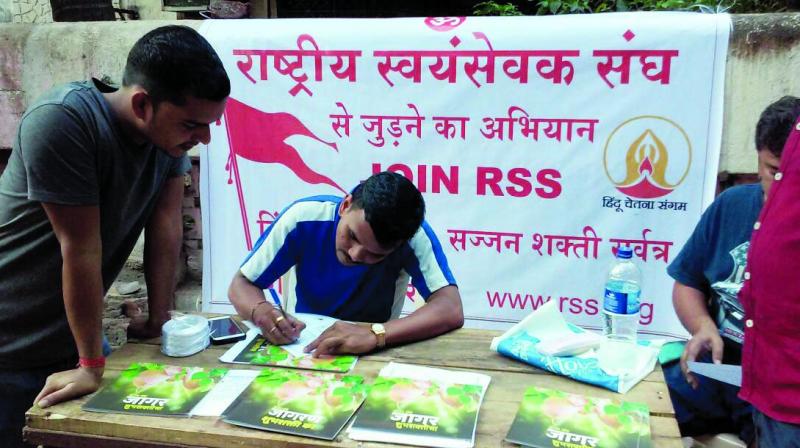 The membership drive stalls have been opened by the RSS in some parts of the city, including Goregaon and Malad.

Mumbai: The Rashtriya Swayamsevak Sangh (RSS) has started an unprecedented membership drive in the Konkan region of the state and has set up stalls on the streets. ‘Join RSS’ stalls have been set up in areas including Goregaon and Malad in the city. The organisation’s Konkan region chief Satish Modh said, “We are receiving a good response for the drive. Our target is to increase the membership to 1.25 lakh. We will hold a Hindu Chetana Sangam on January 7 at 255 places in the Konkan region.:”

Talking about the recent membership developments for RSS, Mr Modh said, “The RSS is the biggest and a very old social organisation in the country. After Bharatiya Janata Party came to power in 2014, many people started joining RSS and the BJP. The RSS has expanded very well in last three to four years.” 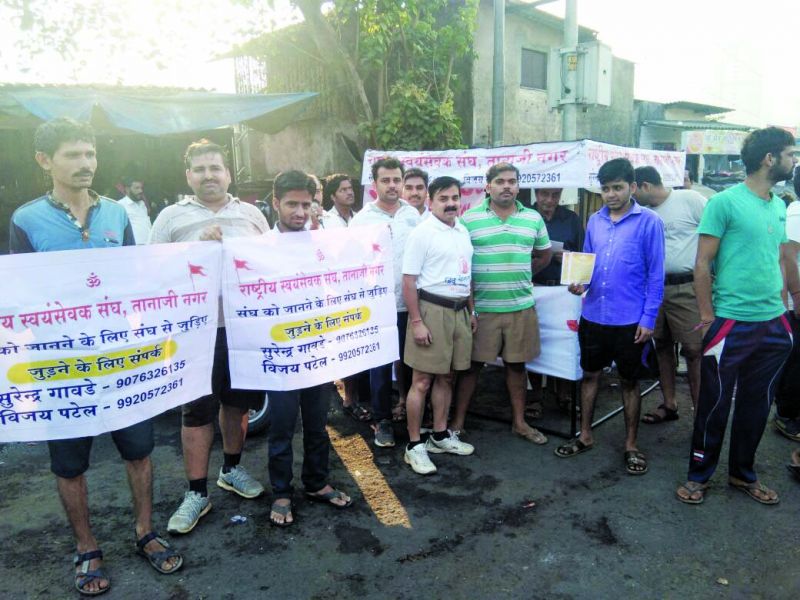 Mr Modh said, “We have registered around 4,000 new members and a total of 64,000 people have registered for the Chetana Sangam program. In fact, of these, 10,000 have even requested for new uniforms. We have trained around 475 highly educated post graduate persons recently and these workers will not help in starting new shakhas and weekly gatherings in the region.” The RSS added the membership option on its website in 2012. In the last one year, around 1 lakh youth joined the RSS using this option across the nation and around 6,000 in just the Konkan region, he added.