Teams, including fire brigade officers, will be a part of this survey. Action will be taken against defaulters simultaneously. 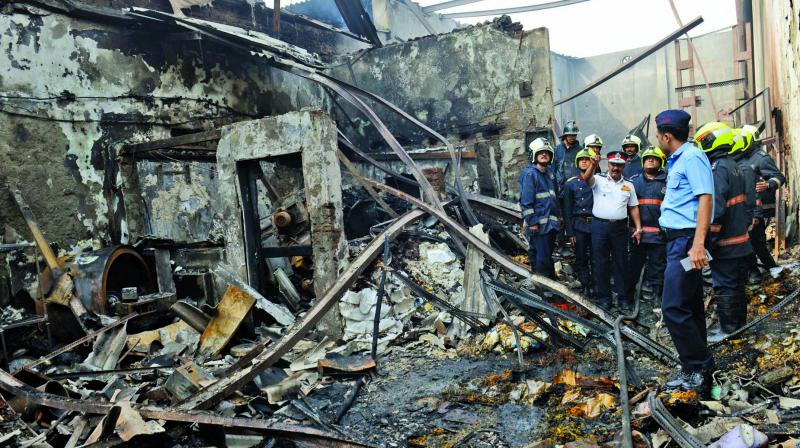 File picture of the Sakinaka fire.

Mumbai: After the Sakinaka fire at a farsan shop on Monday, which resulted in the death of 12 workers, the Brihanmumbai Municipal Corporation (BMC) has now brought small industrial units of Dharavi under its scanner for suspected violations relating to fire-safety norms. The civic body will conduct a survey to check if they are violating fire-safety norms and take action against violators. The survey, which began on Thursday, will be continued for the next 60 days. Teams, including fire brigade officers, will be a part of this survey. Action will be taken against defaulters simultaneously.

BMC officials have not come up with the exact number of industrial units in Dharavi as it houses a large number of such units, which are mushrooming with each passing year.  Hutments bunched together in a beehive shape in the area may not be spacious, but they can accommodate in-house, small-scale manufacturing units, allege activists.

“We started the survey  today and have two months to complete it,” said Ramakant Biradar, assistant municipal commissioner of G/North ward (Dharavi, Dadar).

According to activists, several residential spaces have been converted into industrial units.