The actor had posted a video on a social networking website narrating her ordeal. 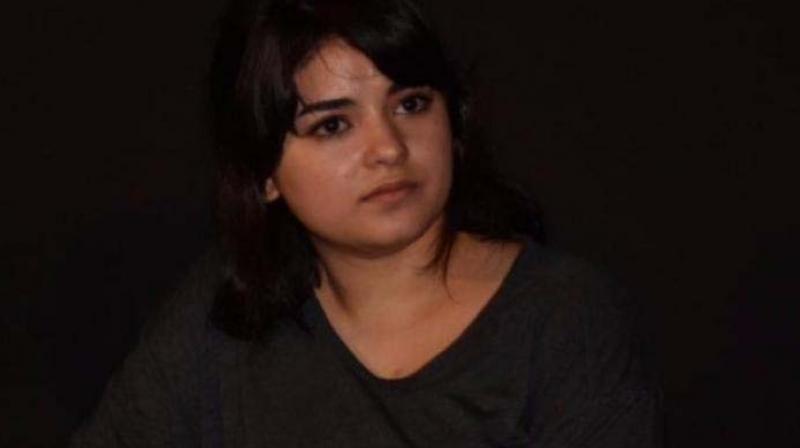 Mumbai: The Sahar police team’s probe into the alleged molestation of 17-year-old Dangal actress Zaira Wasim reached a critical stage with 40 witnesses, including the 14 crew members of the Delhi-Mumbai Vistara flight, coming out in support of accused Vikas Sachdeva’s defence that he had activated the ‘Do Not Disturb’ (DND) sign and was asleep during the journey. The witnesses, who gave their statements to the police, also claimed that Sachdeva may have touched her inadvertently.

Zaira had accused Sachdeva (39) for allegedly molesting her onboard a Delhi-Mumbai flight on December 9. The Dindoshi session’s court granted him conditional bail on Wednesday.

Police sources said the witnesses have mostly given statements favouring the accused’s version, saying that he was asleep and if he had touched anyone inappropriately, it was an honest mistake.

A police officer told this paper on condition of anonymity that one of the statements read, “The passenger sitting on the seat number 2F (Sachdeva) did not have dinner, and had consumed alcohol. He then asked a crew member for a blanket and turned on the DND sign, following which he went off to sleep.”

According to Zaira’s mother, who accompanied her on the flight, Sachdeva’s feet were making her daughter uncomfortable. The actor had posted a video on a social networking website narrating her ordeal.

Following an outrage, Sachdeva was booked under section 354 (assault on woman with intent to outrage her modesty) of IPC, and relevant sections of Protection of Children from Sexual Offences Act (POCSO), since the actor is a minor and was arrested on December 10.

Defence lawyer H. S. Anand said the complaint lodged by the actor was an afterthought, as she had not raised the issue with the cabin crew on the flight. He also argued that the police had illegally detained Sachdeva before his arrest. The accused was then granted bail.