Two detained for trying to sell it in open market; it had been imported to be sold in India. 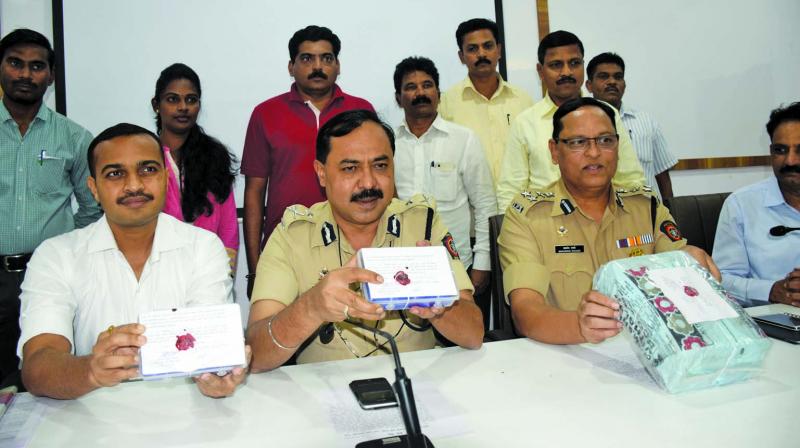 Mumbai: Thane crime branch officials have seized 8.86 kilograms of depleted uranium worth Rs 24 crore and detained two people, including a businessman, in this connection. The officials revealed that the uranium had been imported from abroad to be sold in India.

Talking to mediapersons, joint commissioner of police (Thane) Ashutosh Dumbhare said they were conducting inquiries from the two detained persons to ascertain who were their clientele and where the uranium had been sourced from. Mr Dumbhare added that the seized uranium had been found to be depleted uranium or ‘DU’ by the Bhabha Atomic Research Centre (BARC). “After the product was seized we sent it to BARC for analysis and on Wednesday they replied confirming that it was depleted uranium,” he said.

According to reports, if the purity of uranium is less than 0.7 per cent, it is DU. “The seized DU was 0.4 per cent pure,” said an officer. The crime branch officials seized the DU nearly 10 days ago after receiving a tip that two persons were attempting to sell it in open market. “Since it is illegal to sell uranium in any state we started investigating and after posing as buyers, we managed to initiate contact with the two detained persons,” said an officer. The crime branch officials laid a trap near a hotel on Ghodbunder Road and later took the two detained persons for questioning.

“They were carrying a blue handbag, which contained two blocks of the sensitive material wrapped in velvet cloth. The bag also had a laboratory report, which indicated the said metal was uranium,” officials said. The source added that the accused had sourced the “metal” from abroad. “They were planning to sell it for Rs 3 crore a kg so we have assumed the total worth to be around Rs 24 crore,” they said.

The police is in the process of registering an FIR under the Atomic Energy Act.

What exactly is depleted uranium?
Depleted uranium, also referred to as DU, is uranium with a lower content of the fissile isotope U-235 than natural Uranium. In its native state, DU is a mixture of of the highly radioactive uranium-235 and the less active U-238. When uranium 235 is used in nuclear reactors, the remainder of its extract is Depleted Uranium. While it is poisonous like lead and mercury, it is slightly radioactive unlike them. Its civilian uses include as counterweights in aircraft, in radiation shielding in medical radiation therapy and industrial radiography equipment, and as containers for transporting radioactive materials. Military uses include in armour plating and armour-piercing projectiles.