Shiv Sena leader Neelam Gorhe promises the women activists to raise 'Right to Pee' issue in the winter session of the state legislature. 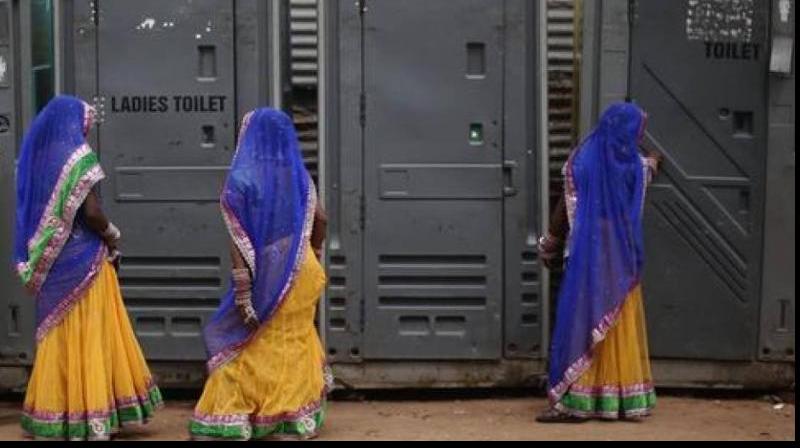 'Right to Pee' campaign to highlight the plight of women deprived of toilets in public places.(Photo: PT | File)

Mumbai: Women activists of the 'Right to Pee' movement on November 21 claimed that they were not allowed to meet Chief Minister Devendra Fadnavis when they went to his official residence in Mumbai to present him a collage to highlight the plight of women deprived of toilets in public places.

"We were stopped outside 'Varsha', the official bungalow of Fadnavis, and told that we were violating the prohibitory orders in force in the area," Mumtaz Shaikh, who led a group of 10 activists to his residence, said.

"We were then taken to the nearby Malabar Hill police station, where police informed us that we had violated section 144 of the CrPC, which prohibits unlawful assembly," Shaikh said.

Shaikh said they told the police that they wanted to meet the chief minister or someone on his behalf and present. She made a collage to highlight the plight of women deprived of toilets in public places.

Shiv Sena leader Neelam Gorhe, who met the women activists at the police station, said she will raise the issue in the winter session of the state legislature, beginning at Nagpur on December 11.

"The women activists have a genuine demand. The issue they have raised is important when looked in the backdrop of the recent controversy over a viral video showing state minister Ram Shinde peeing in open ground," Gorhe said.

"They didn't have prior permission to meet him. We explained to them that they were violating rules and let them go after some time," he said.

Maharashtra Water Conservation Minister Shinde had landed himself in a controversy after a video clip in which he was purportedly seen urinating by roadside has surfaced on social media on Sunday.