Afroz Shah had started the campaign in October 2015 and has reportedly removed more than 5 million kilograms of trash from the beach. 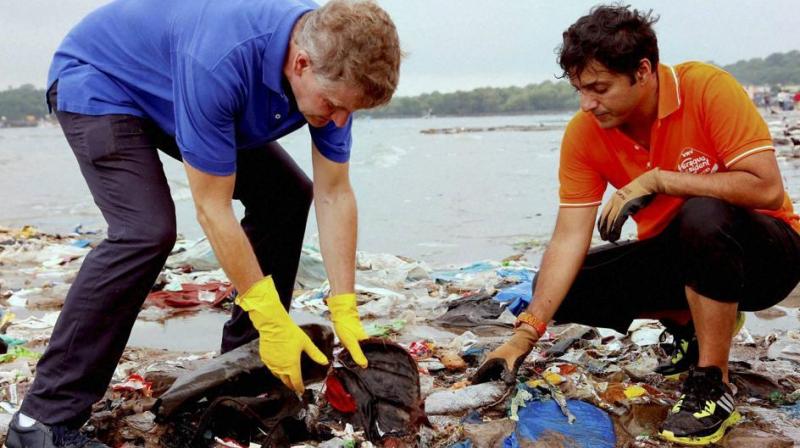 Mumbai: Lawyer and social activist Afroz Shah who started the biggest clean up at Versova beach two years ago, suspended the drive after he alleged that a few goons thrashed him for cleaning up a pile of garbage.

"Our work was voluntary driven; and we worked with a Gandhian response to the problem of garbage," the cleanup crusader Afroz Shah said.

He added that the Prime Minister himself have been a prime supporter of clean India.

"Our prime minister shouted that we need to make India, garbage free and we were working very hard with it as well. This beach cleanup became the largest cleanup drive. But more than that, we were working on the mindset of people," said Shah.

Speaking about the incident that forced Shah to suspend the whole drive, he said, there was a police of garbage near a fishermen's area on the beach.

"Some people there started heckling us there and abused us. They asked us not to pick up the garbage and let it be," alleged Shah.

He also said, he has met the police and told him everything, and "they have promised to look into it."

"I suspended the drive, because if I can't change the mindset of the people, then what is the point of all this. I am sad and after a lot of thought decided to do it. But one has to be realistic and understand the ground reality," added Shah.

Afroz Shah had started the campaign in October 2015 and has reportedly removed more than five million kilograms of trash from the beach.

He had shared pictures of a much cleaner and hard to recognize Versova beach on his Twitter which led to many on social media applauding his efforts.