Loan waiver to over 25 lakh farmers on November 25?

Fadnavis announced the first list of 8.4 lakh eligible farmers during Diwali, but that was put on hold because of many technical issues. 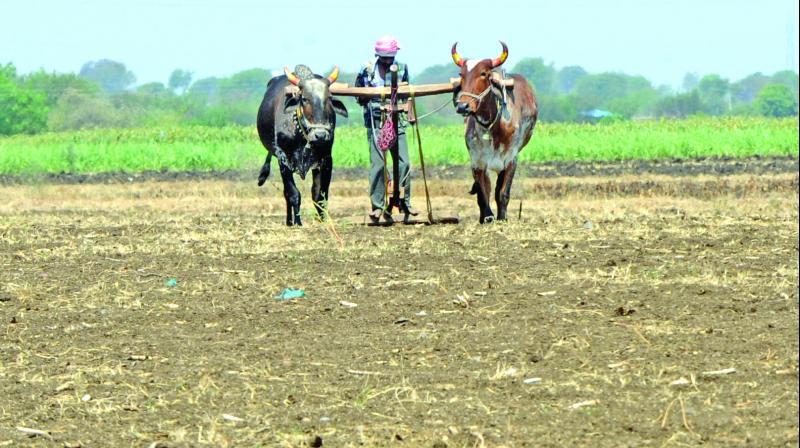 The government received 77.28 lakh applications of farmers from 56.35 lakh families.

Mumbai: Facing criticism from opposition parties, ally Shiv Sena and farmers organisations over the loan waiver controversy, the state government is working on a war footing to meet the deadline of November 25, which has been promised by chief minister Devendra Fadnavis. As per today’s position the government is planning to announce loan waiver and incentive benefits for more than 25 lakh farmers, sources from the cooperation department said.

Mr Fadnavis announced the first list of 8.4 lakh eligible farmers during Diwali, but that was put on hold because of many technical issues. Many of these problems are still unresolved because of confusion over bank data and corrections and scrutiny is being done on war footing. “We will clear applications of maximum farmers in two days and will declare a list of more than 25 lakhs farmers,” an official said.

The government received 77.28 lakh applications of farmers from 56.35 lakh families. Out of this, 13.88 lakh farmers have bad loans or non-performing assets (NPA) of Rs 12,629 crore. As a result, a decision on these farmers will be remain pending because negotiations with the bank are still going on. More than eight lakh applications will be rejected for many reasons.

The government had laid down various norms to avail the benefits of the loan waiver scheme. More than one lakh government employees, political leaders and others applied for the waiver, but are ineligible.

Many farmers have not even applied for the loan waiver and banks sent their data for the waiver, so those proposals have been rejected.

Many queries have been raised over seven to eight lakh applications out of the total applications that have been received so far. There will be further enquiry and those farmers are kept in yellow zone, which means there is some confusion over their application that needs to be resolved sources said.