Initially, people had to spend 4 to 5 hours in the queues and now it is taking only 20 minutes, a Bandra resident said. 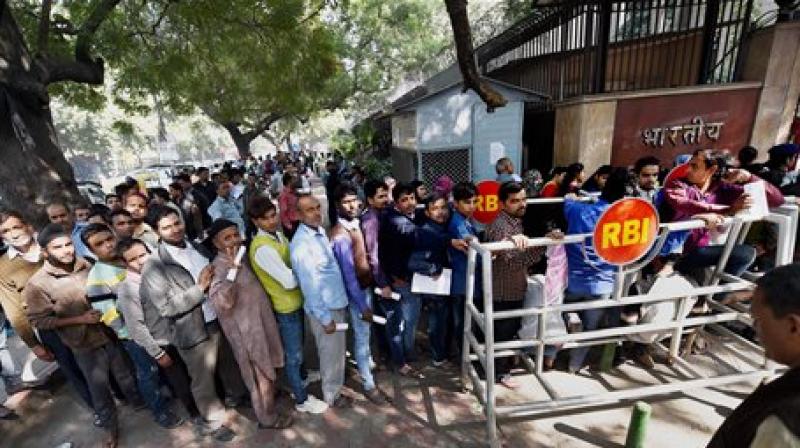 Some feared that the Rs 2,000 notes will again pave the way for black money. (Photo: PTI)

Mumbai: Even as the queues outside banks and ATMs are getting shorter and less time being taken to withdraw money in Mumbai, the problems because of the cash crunch continue to pinch the common man.

Imtiyaz Khan, a Bandra resident said, "Initially, people had to spend 4 to 5 hours in the queues to get or exchange the money and now it is taking only 20 minutes. But withdrawal limit of Rs 2,000 is making things difficult."

An RTI activist Manoranjan Roy, who has been demanding ban on high denomination notes since 2012 to curb the menace of black money, said the last 10-12 days have been very difficult for all sections of society, including bank staff.

"This (chaos) was bound to happen as it was not well planned. After being in the queues for long, people are getting one note of Rs 2,000 and that is creating further problem because people are unwilling to accept this note of high denomination," Roy said.

He feared that the Rs 2,000 notes will again pave the way for black money.

However, Charkop resident Bhalchandra Pawar, who works in advertisement agency, claimed that everything is being streamlined.

"Now the queues have definitely gone significantly down to half as compared to earlier days. Government's decision to use indelible ink to mark customers has proved to be a good tactic," he said.

A senior officer working in Western Railway said, "This is the time when all should come forward and support the move to cleanse the menace of black money which had become detrimental to the health of our country."