8 arrested for trespassing at Mumbai airport

The eight had entered the airport on tickets bearing fake PNR numbers. 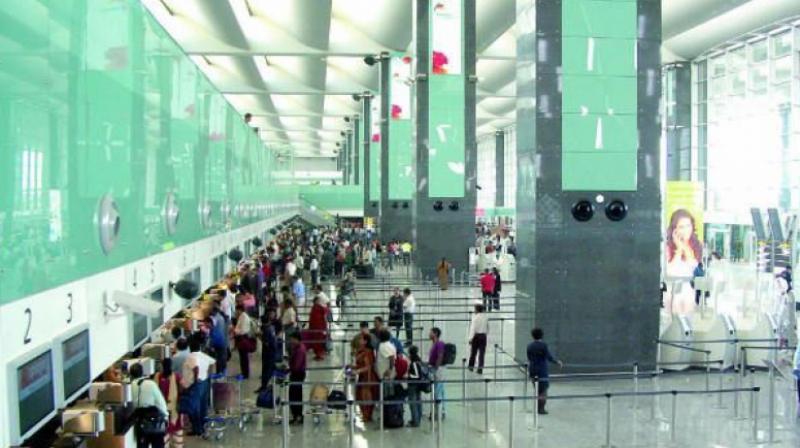 Some 180 passengers had booked tickets on an Indigo flight to Udaipur on November 20 to attend a marriage ceremony. (Photo: PTI)

Mumbai: The airport police has arrested eight persons of a travel agency for forging tickets in order to gain access to the airport, all because they wanted to help their clients check in their baggage.

Some 180 passengers had booked tickets on an Indigo flight to Udaipur on November 20 from a Khar-based travel company to attend a marriage ceremony. Later, 10 passengers cancelled the tickets.

On Sunday, the family asked the travel company to help them with baggage inside the terminal till the boarding pass counter. Following the request, the eight men allegedly scanned  eight of the 10 cancelled e-tickets and changed the name and PNR number on it.

They then entered the terminal building with the passengers on Sunday and helped them carry and leave their baggage at the counter. Later, when these eight tried to exit from the departures gate number 1B of the domestic airport terminal, CISF jawans intercepted them.