Mumbai highways to be resurfaced at Rs 90 crore

The MMRDA had promised a proper resurfacing only after monsoon. 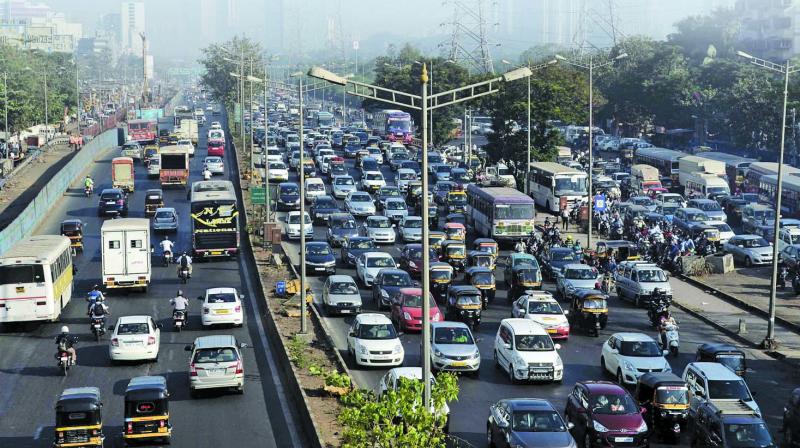 MMRDA does not have any budget for roads as of now.

Mumbai: The Mumbai Metropolitan Region Development Authority (MMRDA) has planned to spend around Rs 90 crore on resurfacing the Western Express Highway (WEH) and Eastern Express Highway (EEH). Work on resurfacing all the flyovers and junctions along the route will start within two months, officials said. The work will replace the paver blocks on the route with maltic asphalt to ensure durability.

Under resurfacing work, all the 17 flyovers of the 23.5km stretch of WEH will be covered and wherever there are paver blocks used, it would be replaced by mastic asphalt. “We have decided to change paver blocks from the stretch and lay mastic asphalt instead to ensure more durability,” said the official. As the authority is hoping to start work by December, motorists may face traffic snarls during the duration of the resurfacing work. The officials have not given a timeline of by when the resurfacing work is expected to be completed.

Both the Highways were denotified and taken over by the authority in the month of April this year. The highways were transferred from the Public Works Department (PWD) to the MMRDA for maintenance for five years.

During the monsoon, the authority had conducted minor repairs where patches were identified and filled along the route.

The MMRDA had promised a proper resurfacing only after monsoon. “We have not finalised the contractors for this work till now, tenders are yet to be floated. There would be multiple tenders because then the work will be completed in lesser span of time. The work is planned to begin in the next two months,” said the official.