After scribe is freed, hope for Indian in Pak jail

Hamid Ansari from Mumbai has been held captive in a Pakistani jail since the past five years. 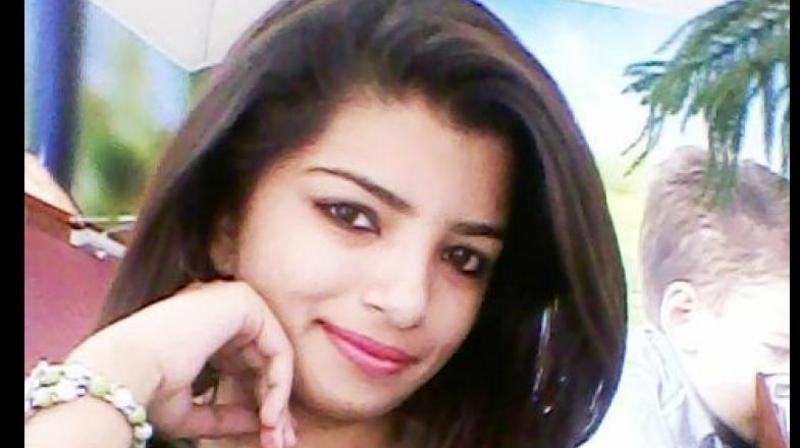 in 2015, Zeenat was allegedly abducted after she refused to heed warnings to stop pursuing Hamid’s release. (Photo: Twitter)

Mumbai: Prof Fauzia Ansari, the mother of Hamid Ansari, the engineer from Mumbai who has been held captive in a Pakistani jail since the past five years has expressed happiness over the news that Pakistani journalist Zeenat Shehzadi, who had disappeared while covering her son’s case, has been rescued.

She said that the return of Shehzadi to her family had renewed her hopes of being reunited with her son soon.

Speaking to The Asian Age, professor Ansari said that it has been a long wait for her son’s release but the fact that Zeenat who had apparently been abducted for her efforts in trying to secure the release of Hamid was cause for relief and renewed hope.

“Indeed it is thrilling news, I have been unable to hold back my tears ever since I heard of her release. I just hope that it will also ensure that all the innocent captives be freed as soon as possible,” said Prof Ansari.

She added that she had full faith in the Indian government in securing her son’s release.

“I have met foreign minister Sushma Swaraj a number of times and she has assured me that all efforts were being made to secure Hamid’s release as he has completed the three year jail term,” she said.

In 2012, Hamid who lived with his mother at Versova had been arrested for entering Pakistan illegally from Afghanistan reportedly to meet a girl who he had befriended online.

As there was no news of Hamid, Zeenat, who worked as a journalist for a Lahore-based television channel, had filed an application with the Human Rights Cell of the Pakistan Supreme Court on behalf of Prof Ansari. It was due to her efforts that the security agencies admitted to having Hamid in their custody.

However, in 2015, Zeenat was allegedly abducted after she refused to heed warnings to stop pursuing Hamid’s release. She was rescued from somewhere between the Pakistan and Afghanistan border on October 20 by Pakistani security forces.