We will win 220 seats with Shiv Sena: Chandrakant Patil

Maharashtra will go for a single-phase election on October 21. Counting of votes will be taken up on October 24. 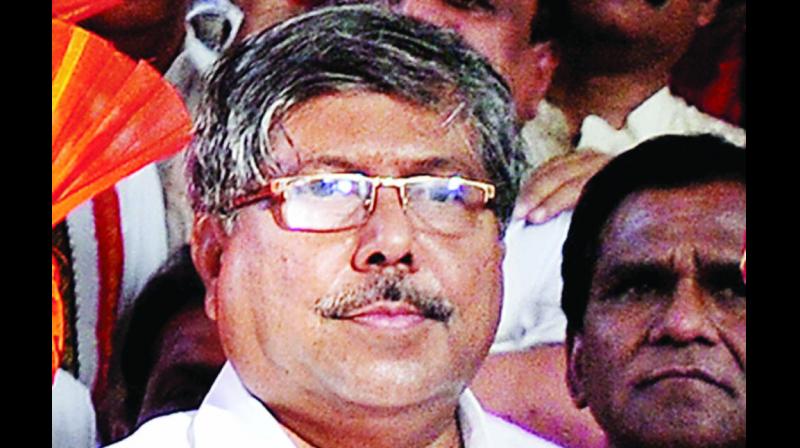 Mumbai: The ruling Bharatiya Janata Party (BJP) and the Shiv Sena on Saturday exuded confidence that they would win over 220 seats.

Claiming that the Sena-BJP alliance was ready for the Assembly polls, state BJP chief Chandrakant Patil said, “Looking at the tremendous response for the chief minister’s Maha Janadesh Yatra, the grand alliance will win more than 220 seats.”

Maharashtra will go for a single-phase election on October 21. Counting of votes will be taken up on October 24.

Meanwhile, chief minister Devendra Fadnavis welcomed the announcement of Assembly polls in the state and urged citizens to exercise their right to vote.

Mr Fadnavis also made it clear that his party will contest the election in alliance with the Sena, adding that the seat-sharing talks were still on.

“The BJP will contest the polls under the leadership of Mr Fadnavis. We will seek votes for all the development work carried out by our government in the last five years. The performance of the BJP-Sena government as well as organisational strength will help us to win the polls,” Mr Patil added.

Several top Sena and BJP leaders were optimistic of winning a second consecutive term in the state.

Rajya Sabha MP and Sena leader Sanjay Raut said the ‘Yuti’ — the grand alliance — would be bursting firecrackers a day before Diwali, and added that his party was fully prepared for the election.

Senior BJP leader Vinod Tawade said that the alliance would hardsell the development initiatives taken by the ruling alliance in the last five years.

“In the next one month, we will ensure the report card (of our development work) reaches the people. That will show how we have been different from the erstwhile 15-year rule of the Congress-NCP combine. We intend to continue our work in the next five years too,” said the minister.

In the last Assembly election, the BJP emerged as the single largest party, winning 122 seats — the first time it crossed the three figure mark in the state.

The Shiv Sena, which fought the election on its own for the first time since 1990, could only win 63 seats in the 288-member Assembly.