Both the parties said that they would raise issues like farm crisis, economic slowdown and unemployment in the run-up to the Assembly elections. 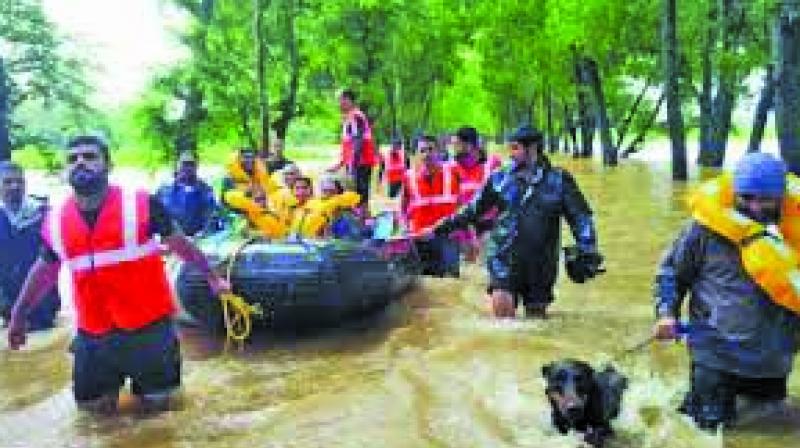 While issues of crumbling infrastructure, poor disaster management, job losses and farm distress dominating the public discourse of late, experts feel they might not determine how people would vote in the upcoming elections.

Mumbai: Will Maharashtra people vote on national issues like repealing of article 370 or on local issues like potholes, floods, farmers’ distress etc? This is the question that will be on everyone’s mind when the state goes to poll on October 21.

While issues of crumbling infrastructure, poor disaster management, job losses and farm distress dominating the public discourse of late, experts feel they might not determine how people would vote in the upcoming elections.

Moreover, experts believe that the state may witness a personality-driven election, where issues like nationalism, national security, religion and caste arithmetic will play a crucial role.

In the recently held Lok Sabha election, the February 27 Balakot airstrike targetting a Jaish camp had played a crucial role in tilting the tide in Bharatiya Janata Party’s favour.

The BJP-led central government’s decision to repeal Article 370 of the Indian Constitution — banning of triple talaq and the ongoing resolution on the Ram Mandir issue too — is likely to help the saffron party in the Assembly polls.

Senior political observor Abhay Deshpande said, “The major focus will be emotional issues like Hinduism, Ram Mandir and triple talaq. The BJP of course will raise issues like good governance, stability and the fact that there were no major corruption allegations against the government. But it will definitely contest the polls on emotional issues.”

However, Congress and Nationalist Congress Party (NCP) said that they would do their best to keep raising “real issues”.

Both the parties said that they would raise issues like farm crisis, economic slowdown and unemployment in the run-up to the Assembly elections.

Former chief minister Prithviraj Chavan said the Congress would take on the saffron parties over these critical issues and on ‘the attempts to dismantle Opposition parties in the state’.

Senior Congress leader and another former chief minister, Ashok Chavan, too, said that the forthcoming polls would be contested on people-related issues.

Nationalist Congress Party spokesperson and its Mumbai unit chief Nawab Malik leader said, “Unemployment is on the rise, economic slowdown has deepened across the country and the number of farmers committing suicide has gone up. The people are waiting for a change of guard, which is bound to happen.”