Lalu Prasad Yadav admitted to hospital due to ‘failing health’

Granting the extension of the provisional bail, the bench of Justice Apresh Kumar Singh fixed August 24 as the date to hear the bail petition. 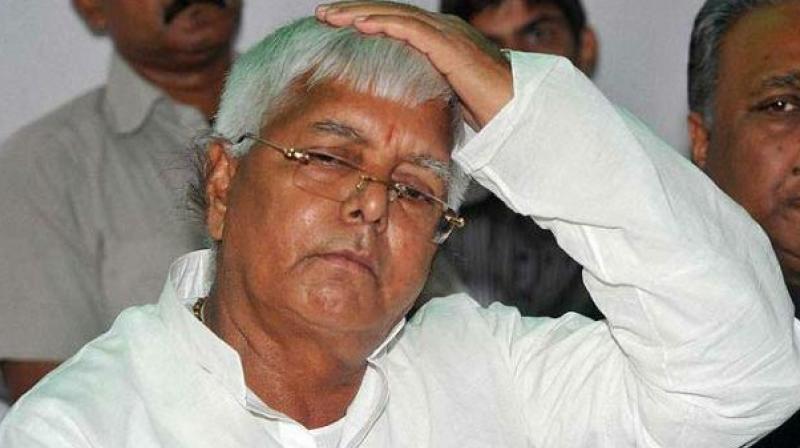 Mumbai: Rashtriya Janata Dal (RJD) chief and fodder scam convict Lalu Prasad Yadav was admitted to the city’s private-run Asian Heart Hospital due to ‘failing health’. On June 29, the Jharkhand high court had extended Yadav’s provisional bail for six weeks till August 17 on medical grounds and now it has been extended till August 24. He had underwent fistula surgery a month before.

His son Tejashwi Yadav expressed his emotions via twitter and said, “Visited my ailing father admitted in Asian Heart Institute due to various diseases. I am perturbed to see his falling health and increased infection. I pray that he recovers soon under the continuous medical care of specialist doctors.”

The RJD chief Lalu Prasad Yadav has been undergoing treatment at the Asian Heart Institute in Mumbai for more than a week, a hospital spokesperson said.

While the hospital authority denied divulging any further information related to Yadav.

The hospital’s chief consultant for cardiovascular thoracic surgery and renowned cardiac surgeon, Dr Ramakanta Panda, had on August 27, 2014, performed three cardiac procedures on Lalu Prasad Yadav — replacing his aortic valve, repairing an artery and fixing a 3-mm hole in the heart. Despite several attempts, Dr Panda was unavailable for comment.

In June, Yadav was convicted in a number of fodder scams, he underwent fistula surgery and spent 21 days at the Mumbai-based hospital. Yadav was lodged in Birsa Munda central jail since December 23, 2017, when a special CBI court convicted and sentenced him for a three-and-half-year jail term in a fodder scam case. Subsequently, he has been sentenced to varying periods in different fodder scam cases.

Granting the extension of the provisional bail, the bench of Justice Apresh Kumar Singh fixed August 24 as the date to hear the bail petition.