The PIL was filed in 2016 after 14 college students drowned off the Murud-Janjira beach in the neighbouring Raigad district. 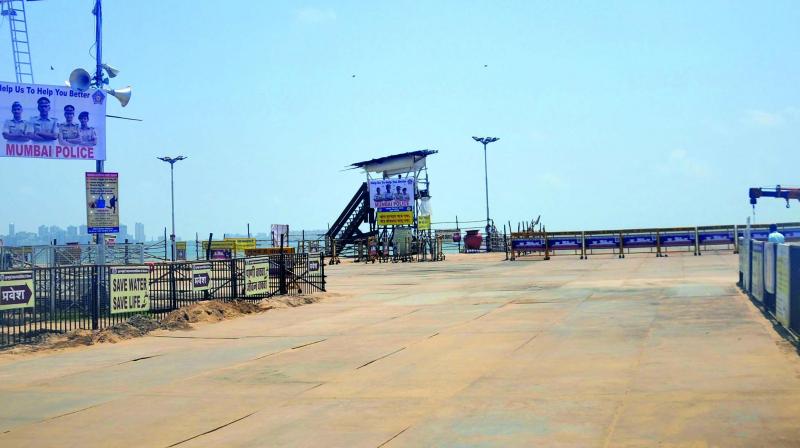 Representational picture of a watch tower.

Mumbai: The Bombay high court directed the BMC to arrange facilities including watchtowers, lifeguards, mobile vans, red flags and warning boards at city beaches for the safety of people ahead of the Ganesh festival. The court also asked that the state government to coordinate with local authorities and ensure that all necessary steps are taken to safeguard beaches ahead of the festival.

A division bench of Justices S.M. Kemkar and S.V. Kotwal was hearing a petition filed by a NGO, Janhit Manch, alleging that despite high court orders, the state and the municipal corporation had done nothing for the safety of people at beaches.

The PIL was filed in 2016 after 14 college students drowned off the Murud-Janjira beach in the neighbouring Raigad district. On Monday, the court was informed that till August 2018, 49 people had drowned off city beaches but the state and civic body had not implemented the high court’s orders.

The court was also informed that in 2017, provision had been made in the budget to construct watchtowers at beaches however no steps had been taken by the authorities.

The BMC counsel informed the court that some of the watchtowers had been washed away and that the Maharashtra Coastal Zone Management Authority (MCZMA) was not giving permission to erect permanent watchtowers.

The court also directed the BMC to seek permission from MCZMA to erect temporary watchtowers at Girgaum Chowpatty.

“The MCZMA shall take a decision on it by September 10. The BMC shall also seek permission to erect permanent watchtowers, which the MCZMA shall decide expeditiously,” the court said.

The BMC lawyer informed that the civic body would appoint over 93 lifeguards within three months at city beaches.