“Two people were injured while running down the staircase and had to be taken to the hospital. 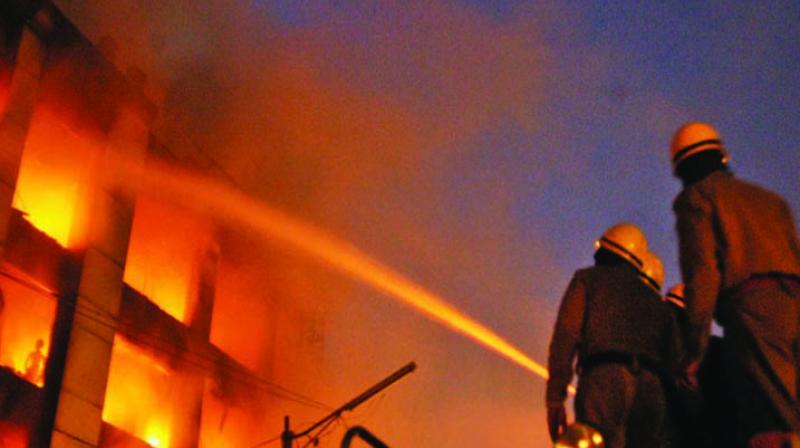 Mumbai: An electricity duct in a 21 storeyed slum rehabilitation authority (SRA) building in Wadala (east) caught fire, causing minor injuries to two residents. The fire broke out on the first floor of the building at around 3.33am Friday and was doused at about 3.50 pm. A fire officer said, “However, the flats in the SRA building are congested and it has many flats on each floor due to which some people experienced difficulties in breathing and had to be taken to hospital. All are in stable condition and have been discharged.”

As the electricity duct caught fire due to short circuit, the elevator of the building ground to a halt, and residents had to run down the staircase to escape the fire.

The secretary of the building Dayanand Ovhal said, “Two people were injured while running down the staircase and had to be taken to the hospital. However, they have been discharged now. The electric wiring work is about to start and it will take at least 15 days to restore power supply.”