Among the proposals tabled on May 22, two are for Metro Line 4 (Wadala-Kasarvadavali) where 949 trees will be removed. 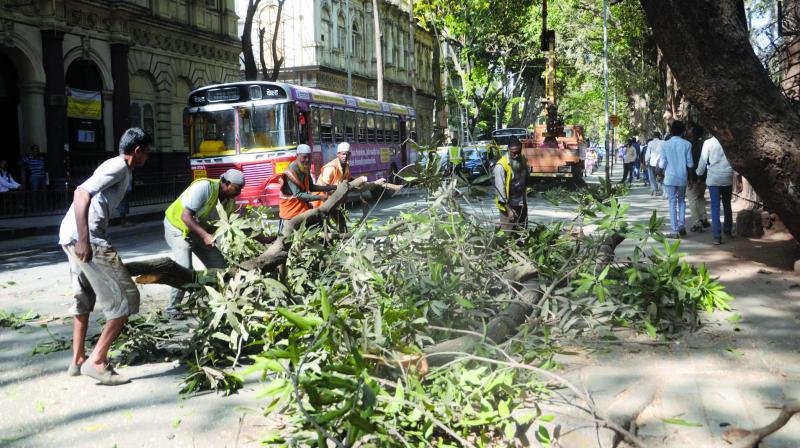 On June 17, the HC directed a stay on the tree cutting permissions approved by the TMC on May 22, which included over 3,000 trees.

Mumbai: Trees have been recklessly hacked within Thane city, despite a Bombay high court’s order restraining tree cutting permissions given by the Thane Municipal Corpor-ation’s (TMC) Tree Authority, claim activists. While activists have blamed the civic body, officials stated that they are not aware of any of its contractors involved in cutting of trees at present.

Rohit Joshi, a Thane based activist, stated that he received information on two different incidents where trees were being axed in Pokhran Road no 2 and Naupada in Thane. The tree cutting in these areas were proposed by different developers, while the proposals were tabled on May 22 in the Tree Authority of TMC.

On June 17, the HC directed a stay on the tree cutting permissions approved by the TMC on May 22, which included over 3,000 trees.

“The HC order categorically mentioned that none of these trees shall be felled. Despite this, the TMC is undertaking tree cutting in Thane's areas. This is a clear violation of the HC’s order,” said Rohit Joshi.

One of the sites where a tree was hacked had the proposal by Raymond limited of removing 51 trees for road widening purpose. Meanwhile, the TMC officials stated that the civic body is not carrying out any tree cutting and has not ordered the same to any developer. “We will look into the matter. After the HC order, we have communicated to the contractors to not go ahead with the tree-cutting,” said an official.

Among the proposals tabled on May 22, two are for Metro Line 4 (Wadala-Kasarvadavali) where 949 trees will be removed.