He said that it was his humble request to the government to waive off his farm loan as they had promised the same. 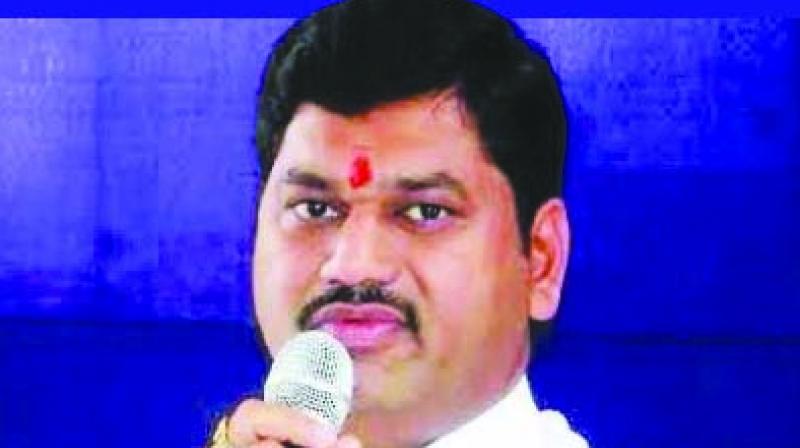 Mumbai: Ramraje Nimbalkar, chairman of the Upper House of the state Legislature, on Friday directed officials to suspend police personnel who detained a farmer who had come all the way from Washim to Mumbai to submit a memorandum to various leaders for non-implementation of the state government loan waiver scheme.

The farmer, identified as Ashok Manwar from Washim district, alleged that his loan amount had not been waived off despite a loan waiver certificate.

The issue was raised by the Leader of Opposition in the Upper House, Dhananjay Munde.

Mr Manwar told The Asian Age, “I have come from Washim district to demand my rightful loan waiver which I was given symbolically by the government two years ago. But the police has detained me for three hours. It is sad.”

He said that it was his humble request to the government to waive off his farm loan as they had promised the same.

Meanwhile, Mr Munde slammed the chief minister Devendra Fadnavis led government saying that it had failed to waive the farm loans of even those who had been given the farm loan waiver certificate.

Mr Munde said, “A farmer from Washim had been issued a loan waiver certificate by the chief minister two years ago during Diwali. However, his loan has not been waived off. The farmer Mr Manwar has been detained by the Marine Lines police station.”

“Is this democracy?” he asked, while demanding the immediate release of the farmer and strict action against the inspector responsible for the arrest.

Chairman Nimbalkar ordered the release of Mr Manwar as well as the suspension of the inspector responsible for the detention of the farmer.