In another tweet, he said, “The Karnataka government had also agreed to a ‘water for water’ deal but that too wasn’t honoured...” 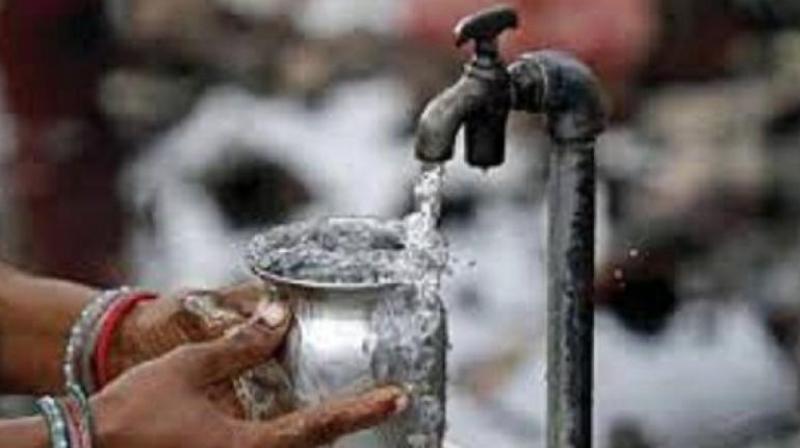 An official, privy to the MoU, told said the past experiences of the Karnataka government would be considered while finalising the draft of the MoU. (Photo: File | representational)

The water exchange memorandum of understanding (MoU) between the two states is still in the making. Officials from the state water resources department pointed out that while Maharashtra released 2.36 tmc ft to the Bhima river in 2016 and 4.50 tmc ft to the Krishna river in 2017, Karnataka released only 0.078 tmc ft of water to the rivers in Maharashtra. The water should have been released in the same year.

An official, privy to the MoU, told said the past experiences of the Karnataka government would be considered while finalising the draft of the MoU.

At present, Maharashtra was planning to release 4 tmc ft to Karnataka and the same amount of water would be returned to the state by Karnataka.

In a tweet on May 18, Karnataka water resou-rces minister D.K. Shivakumar said, “Earli-er, based on our request, the Maharashtra government had agreed to release water after due payment. But now they have backtracked and are not releasing water into the Krishna river. This is an unexpected and shocking decision by the Maharashtra government, especially as it concerns drinking water.”

In another tweet, he said, “The Karnataka government had also agreed to a ‘water for water’ deal but that too wasn’t honoured...”

Sources also said that as per the present draft of the MoU, the state would give 4 tmc ft water to Karnataka from the Koyna and Warna to the downstream of Rajapur, while Karnataka would return the same amount of water from Tubachi-Babaleshwar to Maha-rashtra. In this way, a total of ten tmc ft would be supplied to Karnataka in five years. Maharashtra wanted that as the state was facing severe drought, Karnataka should return its water not money. But Karnataka wanted to pay money for the past deals and wanted to return water this year only.

Water resources minister Girish Mahajan said, “We have told the Karnataka government to give us everything in black and white in the MoU. Only then we will release the water as past experience has not been good with them.”