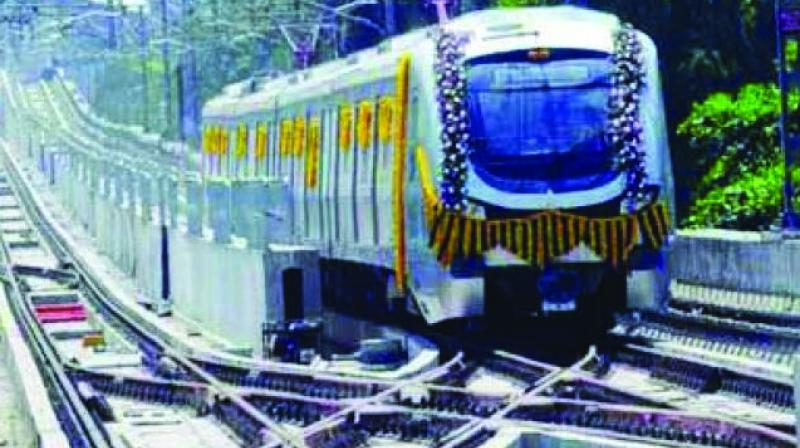 Mumbai: The project for extending the metro line to Mira-Bhayander will cost more than double over the estimate a year back, the tender documents show.

The Mumbai Metropolitan Region Development Authority (MMRDA) had estimated that the project cost of Metro 10 will be around Rs 3,000 crore.

However, the recent tenders released by MMRDA pegs the cost, as per the detailed project report (DPR), is Rs 6,607 crore. The MMRDA will have to shell out more than double the amount of its estimate for Metro 10, which will connect the western suburbs to Mira-Bhayander.

Meanwhile, the bidding process for Metro 10 will start by mid-May. “The alignment runs through CSIA (Chhatrapati Shivaji International Airport) to Andheri and Dahisar to Mira Bhayandar. The total estimated cost of the project as per DPR is Rs 6,607 crore. The project is proposed to be funded by the state and Union governments and through loans from multilateral funding agencies,” states the tender, which was floated recently to appoint general consultants.

Last year in February, MMRDA had announced that the Delhi Metro Rail Corporation (DMRC) is preparing the DPR for Metro 10. The line will be an extension of Metro 7 (Andheri east to Dahisar east), of which the civil work is in progress.

Meanwhile, the MMRDA will start the bidding process for this corridor by May 15, revealed Pravin Darade, the additional metropolitan commissioner. Once the contractors are appointed, the work may begin this year.

“We are ready to initiate the bidding process for Mira-Bhayander line on May 15. The work will start soon after the appointing of contractors, the project will be fast-tracked,” said Mr Darade.

The 11km line and will have 11 stations. The line will be underground for on a 3km stretch connecting with the CSIA.