They had been denied to winners of lottery on the basis of language. 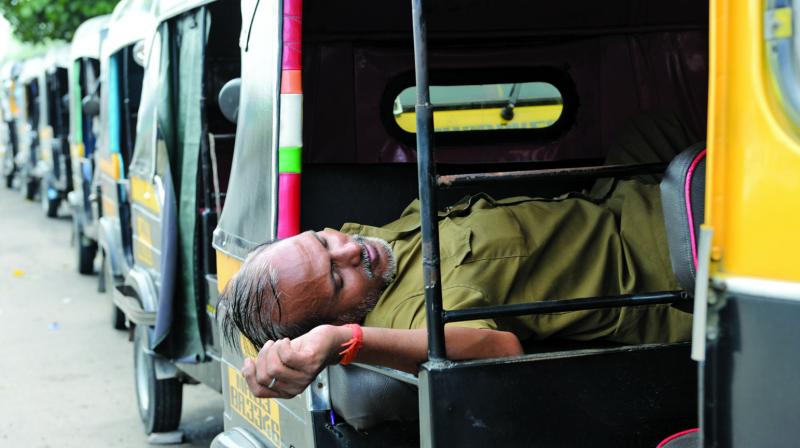 The drivers had won an online lottery conducted by the department on January 12, 2016.

Mumbai: Acting on a Bombay high court directive issued last month, the state transport department will resume the process of issuing auto-rickshaw permits to non-Marathi speaking drivers from next week. According to RTO sources, around 5,000 new permits are likely to be issued.

The drivers in question, who had won an online lottery conducted by the department on January 12, 2016, were denied permits after they flunked the Marathi language test that was imposed upon them by transport minister Diwakar Roate in January 2016. The high court, however, later sorted out the confusion and said that permits cannot be denied on the basis of language. The court had, in fact, called the rule as ‘completely illegal’ while hearing a petition against the rule.

An RTO official from Borivali said that they have informed the lottery winners to submit the documents necessary for the permits at the RTO. He said, “It will take us a week to process the applicants’ documents and they will be issued the permits immediately.”

The language rule was made on the basis that the local Marathi-speaking passengers would not be able to communicate with a non-Marathi speaking driver, and that knowledge of the local language is a must according to the Motor Vehicle Act (MVA). A bench of Justice Abhay Oka and Justice Anuja Prabhudesai, however, said the condition is not supported by the Motor Vehicles Act (MVA) and statutory rules, including Maharashtra. Referring to a Supreme Court judgment, the HC said that unless there is a special provision in the MVA that enables the state government to prescribe such a qualification for applicants, it could not impose such a condition.