Over 200 transgenders and 300 social activists from Pune will join the strike, says Krishna Vidhate. 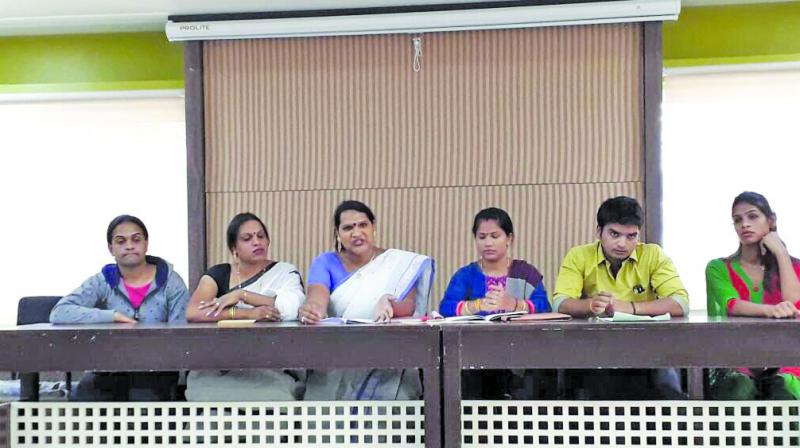 Transgenders will also write 1,001 letters to the CM requesting him waive off the loan taken by farmers.

Pune: Members of Pune's transgender community have threatened to go on a hunger strike from May 2 if the government does not waive off the loan given to farmers.

Monali Vadval, a transgender from Pune, said, “Some 216 farmers across the state committed suicide in the last 90 days, which means two to three farmers are committing suicide daily. They are reeling under pressure to return loans they had taken from banks or private moneylenders. Farmers have not been able to marry their daughters off and they do not have money to eat meals twice a day. But our government is insensitive towards their problems."

Stating that that the CM and his entire Cabinet should consider themselves transgenders if they fail to waive the loans by April 30, Krishna Vidhate, another transgender, said, “We all know the government is insensitive towards transgender problems, but it should understand the problems being faced by farmers. We will send 1,001 letters to the CM requesting him to waive farm loans. We have already sent 450 letters. If our demand is not met, we will sit on a one-day hunger strike on May 2 at the Council Hall. Over 200 transgenders and 300 social activists from Pune will join the strike."

Vadval said, “The Maharashtra government has the funds to waive the loans of businessmen. If it can waste taxpayer's money on schemes like Smart Cities, Digital India and so on, why can it not offer farm loan waivers? We hope that government does not prove itself a transgender.”