Charges might be framed against Rahul Gandhi on July 28

On Friday, the court had given a copy of Rahul Gandhi’s speech to both the parties involved in the defamation case. 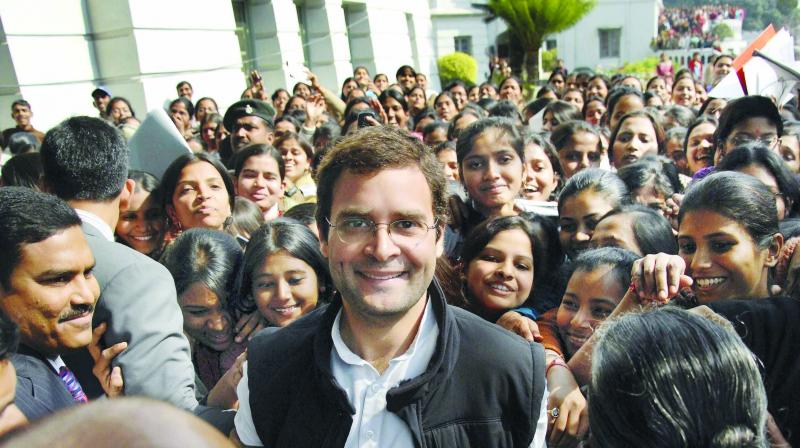 Mumbai: The Bhiwandi magistrate court might frame charges against Congress leader Rahul Gandhi on July 28 in connection with the defamation case filed by an RSS worker. The RSS worker had said that the Congress vice-president had defamed the RSS by blaming it for the assassination of Mahatma Gandhi during campaigning for 2014 elections. On Friday, the court had given a copy of Rahul Gandhi’s speech to both the parties involved in the defamation case.

At the last hearing, Rahul Gandhi’s lawyer Shrikant Shivde had sought video CD’s of the former, which was made by the State Election Commission during Gandhi’s election campaign. Agreeing to the request, the court had kept the matter on Friday.

On Friday, the 2nd Joint Civil Judge, Tushar Waje gave copies of video CD’s to both the parties. Further, Rahul’s lawyer Narayan Iyer had submitted an application stating that Gandhi is busy in his political commitments so he couldn’t appear before the court today and sought exemption to remain present in the court. The court accepted the same and posted the matter for further hearing on July 28.

While speaking with The Asian Age, Mr Iyer said that “now all the requisite documents that we wanted in order to commence trial are with us and on July 28 the court may frame charges against Gandhi.”